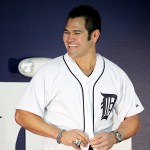 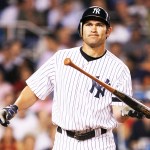 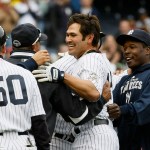 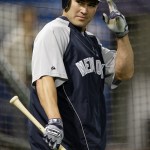 Johnny Damon was arrested for DWI while in Florida with his wife Michelle on Friday, Feb. 19, according to a police report obtained by HollywoodLife. We’ve also obtained the former pro baseball player’s mugshot photo.

Johnny Damon is starting the weekend off behind bars. The two-time World Series Champion, 47, was arrested for DUI in Florida on Friday, where his blood-alcohol level over .30 — which is nearly four times the legal limit. The athlete was driving in a dark Lincoln SUV with his wife Michelle Mangan-Damon, who was also arrested for “battery on a law enforcement officer” and “resisting an officer with violence,” according to a multi-page police report obtained by HollywoodLife. We’ve also reached out to a representative for Johnny Damon for comment.

In the police report, the arresting officer states, “While I was speaking with Johnny, his speech was slurred and his voice was horse, and I noticed his eyes were bloodshot and glassy.”

Damon played 18 seasons in the league, where he spent most of his career with the Kansas City Royals, Boston Red Sox and New York Yankees. The athlete was a two-time All-Star and two-time World Series champion, having won a title with the Yankees and Red Sox. Additionally, Damon had short stints with the Cleveland Indians (2012), Tampa Bay Rays (2011), Detroit Tigers (2010), Oakland Athletics (2001).

In addition to his illustrious MLB resume, Damon has also appeared in a number of television shows. More recently, he appeared on Bravo’s Below Deck Mediterranean with his wife during seasons 4 and 5. In April 2018, Damon was a contestant on season 26 of Dancing with the Stars, where his time on the show with pro Emma Slater was short-lived. Damon was eliminated in the first episode.

Damon and his wife Michelle live in Florida with their six children. In 2005, he appeared on MTV Cribs, where he gave a tour of his Florida home.

This story is still developing. Please check back for updates.