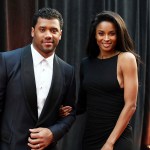 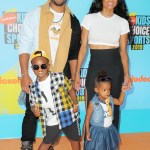 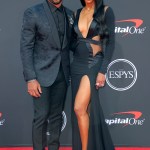 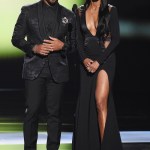 In addition to a hookup on an airplane, Ciara and Russell Wilson revealed what other ‘transportation’ they’ve gotten frisky in while appearing on ‘Ellen.’

A game of “Never Have I Ever” on The Ellen DeGeneres Show led to a very intimate confession from singer Ciara, 35, and NFL star Russell Wilson, 32. “Never have I ever had sex in a car,” guest host Stephen “tWitch” Boss asked the married couple and dancer Allison Holker Boss, who also joined the show’s Feb. 12 episode. Everyone coyly raised their “I Have” cards — which led to the next racy question.

“Since we’re talking about transportation, never have I ever joined the mile high club,” tWitch asked the group. Again, all four “I Have” cards went up…meaning that Ciara and Russell have gotten frisky on an aircraft in the past!

It’s not all just about romance and having a healthy sex life, though. Russell and Ciara work as a co-parenting team as they raise their daughter Sienna, 3, and son Win, 6 months (Ciara is also the mom of a 6-year-old son, Future, from her past relationship with the rapper of the same name).  “It’s always knowing how you can help and always being able to take care of the kids if you need to,” Russell told ET.

Perhaps more spouses should consider joining the mile high club too, because Russell said that “keep[ing] it sexy” is one of the keys to a strong marriage while talking to Entertainment Tonight on Feb. 10. “You got to constantly put each other first, and we have our date nights every Friday. We try to do our thing and have our one-on-one time and make sure that we spend that quality time doing something fun together. That’s one key thing,” the Seattle SeaHawks quarterback added, who was being honored with the Walter Payton NFL Man of the Year title.

Ciara with her son Future, and her two children with Russell Wilson: Sienna and baby Win. (Courtesy of Instagram/@dangerusswilson)

Many fans take inspiration from Ciara and Russell’s nearly five year marriage; so, it was only appropriate that the power couple were the cover stars of GQ‘s “Modern Lovers” issue. “It’s always a blast that we get to do love together,” Russell sweetly said in their cover story, which was published online on Feb. 11.