Cardi B has clapped back at claims she ripped off other rappers with her new song, “Up”. The chart topper took to Twitter after dropping her new hit, and fought back against New Jersey rappers Mir Pesos and Mir Fontane who suggested that Cardi had copied their song called “Stuck”. They wrote in an Instagram post, “They stealing … We want my money.” In response, Cardi tweeted, “This is such a popular phrase and soo many people s**t sound similar. You mean to tell me I copied like 8 songs ? STFU tired of explaining this s**t.”

This is such a popular phrase and soo many people shit sound https://t.co/KNqyUNaMum mean to tell me I copied like 8 songs ? 🙄🙄STFU tired of explaining this shit https://t.co/H3KrV0iHTN pic.twitter.com/y91UF1IyZo

The 28-year-old “WAP” hitmaker also shared a video to her Instagram Story showing her singing the song, writing, “From August 7th … I been working on this. Sorry lil boy never hurd [sic] of you.” She also went on Instagram Live to dispel the claims, stating, “I am the type of person, I don’t like going to court… If I jack something from somebody,” she said, adding, “If you’re feeling a certain type of way, we can take it to court. I don’t give a f–k… Get the f–k out of here.” She also explained that she’s not a producer, and fellow artists “take it up with them” if they have an issue with the beat sounding similar. 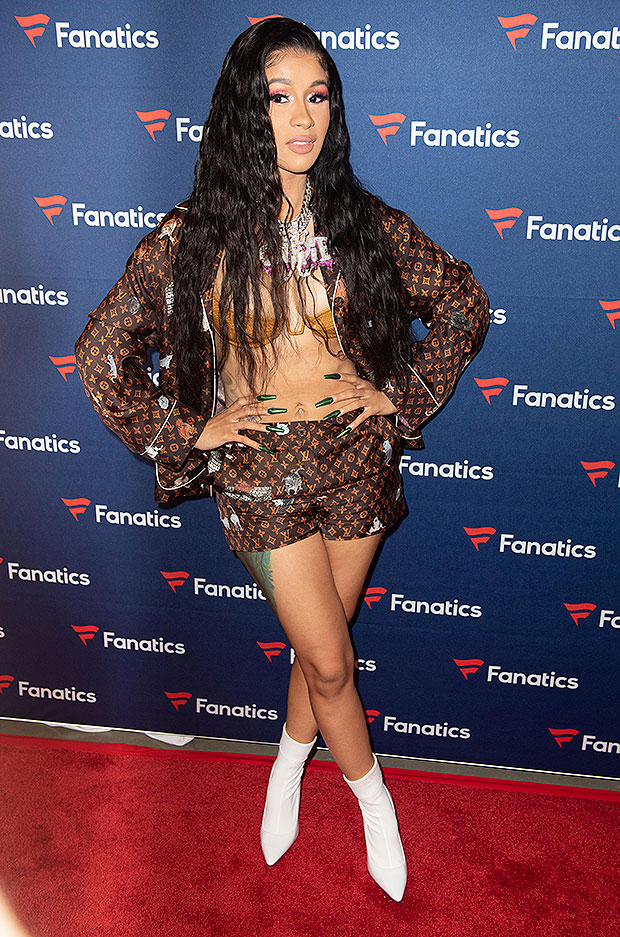 Cardi first announced on January 31 that she had an “announcement”, and the following day, she revealed her new cover art which showed her swinging in a clear half-bubble while wearing a barely-there pink outfit. She recreated the outfit in an Instagram video on February 2, telling fans, “The outfit was all sticker on.” The single follows Cardi’s 2020  collab with Megan Thee Stallion that celebrated female sexuality and arrived with a star-studded video. We can’t wait to see what’s in store for Cardi in 2021!