Pop producer Sophie, who worked with the likes of Madonna and Charlie XCX has sadly passed away at her home in Athens.

Groundbreaking pop producer Sophie has tragically passed away at the age of 34. The Scottish hitmaker, who was born and raised in Glasgow, made a name for herself with her avant-pop tracks which pushed the boundaries of the genre. She sadly died on January 30 at her home in Athens “following a sudden accident.” Here are 5 things to know about her.

1. Sophie’s passing was an accident. Her UK label Transgressive confirmed the sad news on Twitter, writing, “True to her spirituality she had climbed up to watch the full moon and accidentally slipped and fell. She will always be here with us.” Her management team also issued a statement, telling The Guardian she was “a pioneer of a new sound, one of the most influential artists in the last decade. Not only for ingenious production and creativity but also for the message and visibility that was achieved. An icon of liberation.”

3. Sophie was transgender. The producer opened up in 2018 during an interview with Paper Magazine in which she discussed gender identity. “Transness is taking control to bring your body more in line with your soul and spirit so the two aren’t fighting against each other and struggling to survive … It means you’re not a mother or a father – you’re an individual who’s looking at the world and feeling the world,” she said at the time. 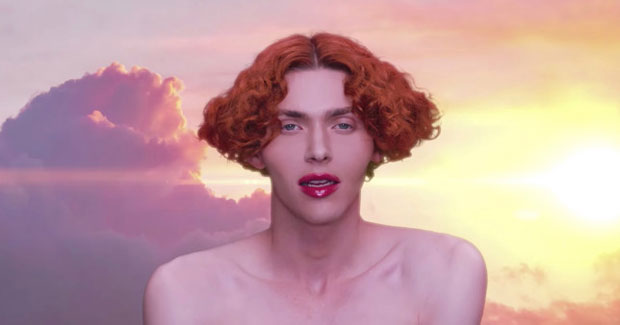 4. She worked with some of the biggest names in pop. Sophie co-wrote Madonna‘s 2015 hit “B***h I’m Madonna” and went on to collaborate with the likes of rapper Vince Staples, indie act Let’s Eat Grandma, and chart-topping pop singers like Charli XCX and Kim Petras.

5. Celebs and fans alike are in mourning. Singer Sam Smith tweeted, “Heartbreaking news. The world has lost an angel. A true visionary and icon of our generation. Your light will continue to inspire so many for generations to come.” Meanwhile, Jack Antonoff, who is one of Taylor Swift‘s go-to music producers, tweeted, “the loss of sophie is huge. she’s been at the forefront for a long time and we see her influence in every corner of music. if you’re not aware of what she has done then today is the day to listen to all her brilliant work. you’ll hear an artist who arrived before everyone else.”