There’s no apt metaphor for the damaging effects of isolation than the opening seconds of YVR’s “What If.” In the visualizer for the duo’s new song, a pen scribbles down the lines – “I am a hazard to my health / I’m my own personal hell” – on a mirror. The camera’s angle is such that these lines become hard to read, the reflective glass duplicating, almost amplifying, these lines. Like someone cut off from the world and left alone with their own thoughts, these scribbles on the mirror seem greater than they actually are. This visual deftly captures the self-doubt and insecurity at the heart of this new track from YVR (Courtney and Stephen Stahl), an anthem for the internal struggle we all have been dealing with over the past twelve months.

“ ‘What If’ was written in the heart of 2020 where we were all forced to take a deep look into ourselves and our lives,” YVR’s Courtney tells HollywoodLife. “Space and time is a beautiful thing, but too much of it can lend itself to a continuum of overthinking. And as an overthinker myself, I struggled to keep myself from spiraling into the world of ‘What If’s’ My biggest worry became “what if I ‘what if’ my whole life away and forget to live in the moment?” 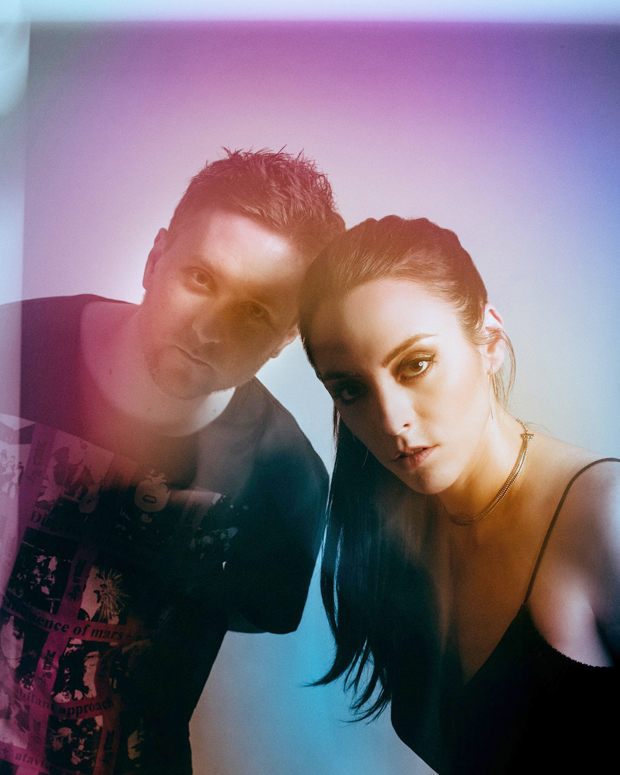 “Living in a world that is dominated by social media, it’s nearly impossible not to compare yourself to others,” the band adds in a statement. “ ‘What If’ is about the internal battle that happens when you become fixated on the end goal and not the journey. And unfortunately, social media can exacerbate that feeling. This song encapsulates the honest truth of what goes on in the mind of someone who struggles with self-doubt and self-sabotage but is also an ode to recognizing and overcoming that fear.”

This doubt and the breakthrough – “what if I ‘what if’ my whole life away?” is a line that should make anyone struggling with insecurity feel seen and validated – demonstrates the kind of quality songwriting one has come to expect from YVR. The duo, made up of music industry veterans, is coming off a busy year. Despite the pandemic locking everything down, YVR put out a trio of songs – “How Can You Tell,” “Pay,” and “Love Is Hard” – before collecting them into the How Have You Been? EP. The duo continues to build a buzz, utilizing the skills they’ve honed working behind the scenes with such artists as EXO, Chris Daughtry, Taeyeon, and TWICE.

With such honest lyrics and bold production, the question is not “if” but “when” YVR will be the featured artist you blast on your favorite playlist.