Dwayne ‘The Rock’ Johnson has shared a new snap with his adorable daughter Tiana, proving he certainly ‘knows a thing or two’ about hair.

Dwayne ‘The Rock’ Johnson proved he’s such a loving girl dad, when he took to Instagram on January 22 to share a series of snaps with his sweet little girl Tiana. The two-year-old sat in a chair, in what appeared to be a playroom, while her A-list dad expertly brushed her brunette locks. “Now despite my two year old looking completely TERRIFIED for her life that daddy is solely responsible for getting all the painful tangles out of her hair,” he captioned the post.

The Rock certainly was right, his little girl had a very frightened look on her face, however he added, “scroll left and you’ll see the calming energy, exceptional hair skills and extraordinary patience that daddy aka mr golden hands puts on full display.” The former wrestling champ rocked a plain black tee while his mini-me daughter wore a white top adorned with a panda bear print, and beige pants. “I may be bald but I know a thing or two about hair. Mainly because I wish I had it,” he joked at the conclusion of his caption. 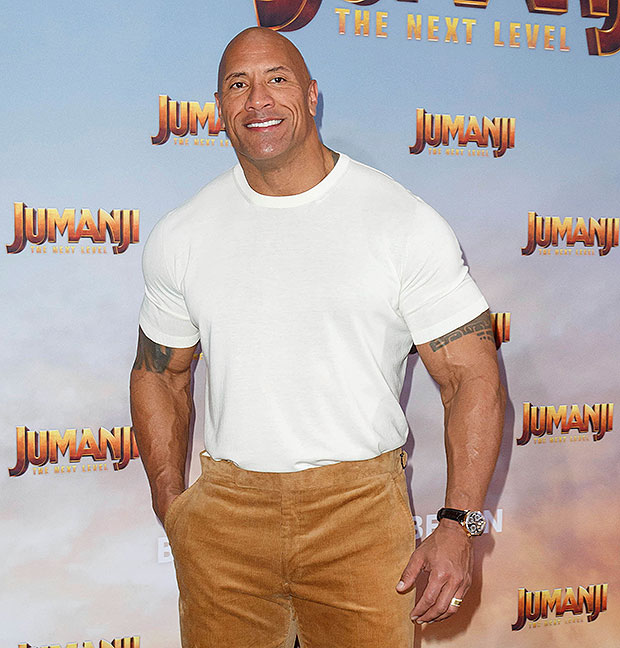 Just a couple of months ago, the A-lister took to Instagram to congratulate Michael B. Jordan on being named PEOPLE‘s Sexiest Man Alive and joked that he wouldn’t be conceding the title he previously held. “Fun talkin’ about “living each day to the fullest” in @people’s SEXIEST MAN ALIVE issue,” the Fast and the Furious star wrote, referencing his small spread in the magazine. “Congrats to my brother @michaelbjordan on the new sexy crown. I CONCEDE NOTHING.” He also added the hashtag “#2020” perhaps throwing some subtle shade at Donald Trump who was refusing to concede the Presidency.

While talking to the outlet, The Rock also opened up about his home life in quarantine. “My favorite time of the day is before the sun rises and our babies are still sleeping. I can get great productive work done in my office, and of course I love when they call for me on the baby monitors—then it’s breakfast time!” he said. “That’s when the babies are asleep and it’s ’Netflix and chill’ time with me and Lauren [Hashian] and a glass of Teremana. I’ll say no more before I get in trouble.”