From the get-go, “Bad Company,” the new song from LA alt-pop band Paper Jackets, is an electric jolt of positivity. The song, premiering here on HollywoodLife, is an anthem for the damaged, a celebration of self-acceptance, even when that means owning up the damage and baggage you might be carrying. It’s a neon-infused synth-pop affirmation, the song that’s playing on the bartender’s Spotify when you realize that while this dive bar isn’t the “best” spot in town, it’s the “best” spot for this here moment.

“Sometimes it’s not about finding a person that’s perfect or even someone who betters you,” vocalist Aimee Proal tells HollywoodLife. “Perhaps it’s more comforting to find someone just as flawed that can understand and accept you as you are without judgment.” “There’s something comfortable about being a misfit or keeping bad company,” adds vocalist James Mason. “You have no one to answer to when you label yourself that way, so you might as well be who you are even when it’s not pretty, and accept people around you when it’s their turn.”

Formed in 2016, Paper Jackets – James, Aimee, Emily Dickinson, Jonny Vesely, Miles Franco, and David Allen – have been building a buzz ever since releasing their debut EP, Don’t Lose Your Head, in 2018. The band grew a following after touring alongside acts like Bishop Briggs and X Ambassadors. In 2020, they released Souvenirs Vol. 1, a collection of music that expands the idea of alternative rock. “Bad Company” is part of the follow-up, Souvenirs Vol. 2. Ahead of the release, Amiee and James spoke with HollywoodLife about the new song, what they missed most in 2020, and their dream tour when live music returns (hopefully) this year.

HollywoodLife: What is your favorite line/moment in “Bad Company”? Is there a part that really makes your hair stand up on end when it hits?

Aimee Proal: Even though I reserve my goosebumps for other artists (a lot like how you can’t tickle yourself and laugh) … melodically, the pop head in me loves the pre-chorus coming back in at the end to provide that final anthemic feel of the song.  Lyrically, the concept of “Bad Company” is not about falling into the wrong crowd but finding love and acceptance in others who are just as flawed as the rest of us.

What did you miss most in 2020? Live music. The spontaneity of life. Additionally, what are you looking forward to the most in ’21?

Aimee: Of course, I miss playing shows and interacting with our audience, but I miss the simplicity of going to my favorite cafe and having a bite with friends.  I’m most looking forward to being vaccinated this year and returning to the stage.

From “bad” company to good – if you were given an unlimited budget and infinite contacts to book the Music Comeback Tour 2021, one that helps ushers in the return of live music, what three other bands would join you on that bill?

Aimee: This is a tough one because there are so many, but I think I would put together a mixture of legendary acts to modern.  Fleetwood Mac would headline, I love the girls of Haim and their latest album and would love to open for them, and Mother Mother. 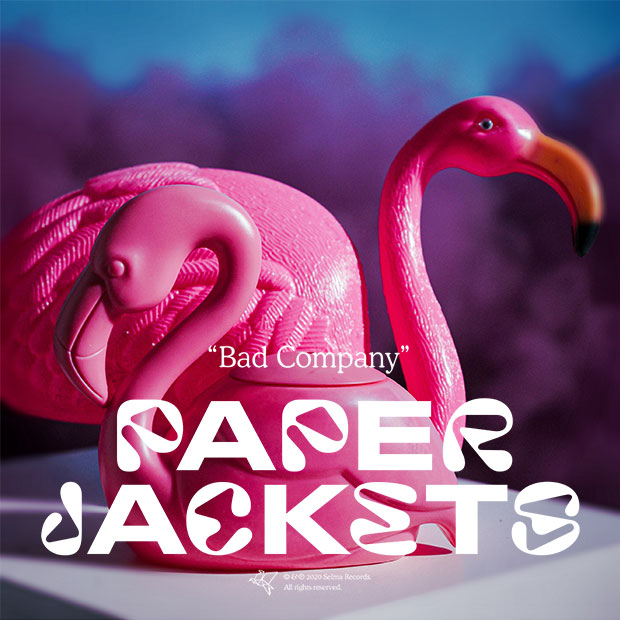 James Mason:  Provided that all worries are off the table, I think we’d fit best with Walk the Moon, Smallpools, and … The Police in which all original members are reunited, they headline, and we get to take mind expansive drugs with Sting and the rest of the band only after being flown to his private ranch on the last day of the tour. Also, we could throw Grimes on as a special guest only if we can somehow rescue her from Elon Musk’s castle (where she is presumably being held.)

“Bad Company” is out now.