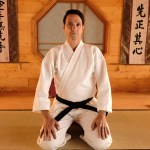 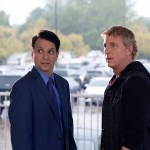 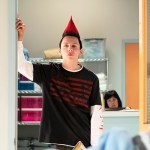 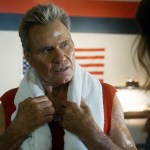 ‘Cobra Kai’ is kicking off the new year with season 3. HL spoke EXCLUSIVELY with Vanessa Rubio about Carmen and Johnny’s relationship and how Vanessa feels about Miguel’s future with karate.

Carmen and Johnny are the ultimate slow burn on Cobra Kai. So will they or won’t they get together (for good) in season 3? HollywoodLife talked EXCLUSIVELY with Vanessa Rubio about Carmen’s growing relationship with Johnny in the Netflix series.

“We’re always just going to have to wait and see. It’s kind of nice this beautiful relationship that Johnny has developed with the Diaz family and the dynamic there,” Vanessa told HollywoodLife. “I think it’s very organic and very lovely. We’re just going to have to see if it continues or not, if, but I am really happy that Carmen and Johnny have this staying power. Whether they continue or not, what happened in the past is pretty memorable.”

Vanessa weighed in about whether or not she’d like to see Carmen and Johnny end up together, or if they’re better off as just friends. “I think it would be lovely for her to have a happy romantic life, but life is not so simple,” Vanessa continued. “I think the part that I love about Johnny and Carmen’s evolution is this kind of unlikely friendship that struck up between them. They’re able to talk to each other easily, and I think this kind of surprises them both. So we shall see if it just continues as a supported friendship or more.”

Much of Carmen’s focus in season 3 will be taking care of Miguel after his terrifying fall at the end of season 2. “That was such a terrible fall,” Vanessa told HollywoodLife. “This season is just basically dealing with the aftermath of that, his rehabilitation, and then also the potential mending or not mending of relationships that have been broken because of it. But that last episode was heavy. Every time I read it, even just the script, I was in tears.”

As for whether or not Carmen will want Miguel to continue with karate if he fully recovers, Vanessa said, “I think it’s a journey of just seeing really what is best for her child. And then also how much can she control at the end of the day. He is a teenager and teenagers are forging their own path. It’s a little give and take. It’s a journey for everybody coming back from that.” Cobra Kai season 3 will debut New Year’s Day on Netflix.