In her ‘most vulnerable, personal song yet,’ country singer Maddie Logan finds herself haunted by a bad breakup in ‘Ghost Town,’ and HL has the EXCLUSIVE premiere of the breathtaking music video.

John Milton wasn’t writing about a breakup when he penned the words “Which way I fly is hell; myself am hell,” but that sentiment in Paradise Lost is also deftly captured in Maddie Logan’s new country song, “Ghost Town.” In the track, the 22-year-old award-winning singer-songwriter captures touches upon the painful truth of the lingering effects of a breakup, singing, “Where can I go when you were my home? / You haunt my heart now / just a Ghost Town.” Such poignant songwriting is brought to life in the music video, premiering on HollywoodLife.

Clad in an elegant black ball gown, Maddie navigates her way through an abandoned town in the middle of the desert, the physical landscape matching the desolation in her heart now that love has left her. Her attempts to feel comfortable in her own home fail, as do her attempts to resume performing. Even when she’s slaying in the greatest color of all – fringe – she can’t focus on anything except who isn’t there in the (metaphorical) crowd. 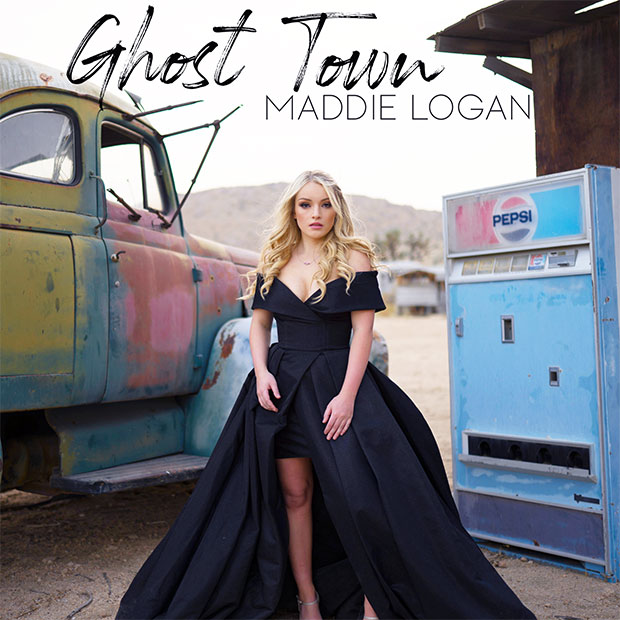 “ ‘Ghost Town’ is my most vulnerable, personal song yet,” Maddie shares EXCLUSIVELY with HollywoodLife. “I wrote it after a breakup when I felt deserted and heartbroken, and I related that to ghost towns I’ve seen in the desert; once loved but now forgotten. The video turned out stunning, and I really feel that it portrays all of those emotions. I also got to wear a pretty ball gown, so overall very great. I hope others can connect to it as I do.”

Maddie’s “Ghost Town” follows her previous video, “Stay Home,” an unintentional quarantine banger. Recorded in 2019, the song is about how she “hate parties” and “being dragged to parties,” she told Flaunt. “I’m not a big go-out type person. I’m definitely someone who likes to stay home, and have more intimate conversations with people, hang out with a few people. Me and my friends even, we usually didn’t go to parties. We’d go to everybody’s houses. I like to be in my room and seclude myself, write, and be creative.”

Creativity is right. The Phoenix, Arizona native (though lately, she splits her time between L.A. and Nashville) has been writing and recording original music since she was nine-years-old. When she was 13, she started to hone her talents as a songwriter. She’s already built a buzz, winning “Best Country-Pop Emerging Artist” and “Best Country-Pop Song” at the Global Music Awards. She also won the “Featured Artist” Award at CMA Fest Fair X. After listening to “Ghost Town” and the rest of her music, it’s easy to see why.

“Ghost Town” is out now.