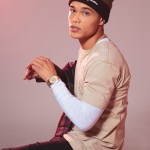 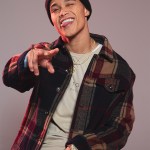 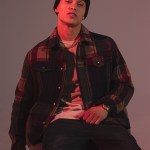 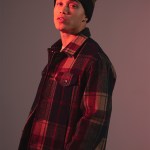 Nothing is more mind-altering than love and R&B singer Dana Vaughns finds this out for himself in ‘LSD.’ He tells HL EXCLUSIVELY about the song and what fans can expect on his new ‘Love So Different’ project.

365 days ago, Dana Vaughns was wrapping up a stellar year. The talented entertainer had just released his debut EP, Familiar Strangers, introducing himself to the world as a rising star in the world of R&B. As a dancer, he’d performed alongside Kanye West and Cardi B at Coachella and the BET Awards, respectively, and he had a recurring role on the BET’s hit musical drama, American Soul. Had 2020 not been 2020, who knows what Dana would be up to at this very moment? He probably would be busy working since he certainly didn’t take the year off.

While everything was either postponed or canceled over the past twelve months, Dana appeared in Mind Kaling’s Never Have I Ever, started filming the second season of American Soul, and put out a handful of songs — “My Way,” “We Can Party” — while readying his next project, Love So Different. This upcoming EP is “the result of self-love and loving where I’m at in life,” he shares EXCLUSIVELY with HollywoodLife. “I was able to show love more as I loved myself. I found peace in myself and created these songs from a place of honesty.”

That honesty can be found on his single, “LSD.” Released in November, with a haunting video worthy of the track’s title, Dana equates the effects of a love he can’t handle to that of the powerful psychotropic. “You got me so addicted / No one’s ever inflicted / That type of love I’m feelin’ / Love so different, love so different,” he sings against the trip-hop-inspired beat. The song, he tells HollywoodLife, “was written over the course of six months. I only had the first verse and hook recorded for the longest time. Along with ‘Wednesday Rendezvous,’ ‘LSD’ is the most raw emotion you’ll hear on the EP.”

In addition to this rawness and honesty, Love So Different promises to offer a deeper introspection on the ups and downs that come with being alive. “It’s different from my last project,” says Dana,” because I’m a more mature person. My perspective of love and life is a little more for certain, and because of that, I was able to write from a more confident place.” As for how Love So Different differs from Familiar Strangers, Dana says that the new EP is different “sonically” and features a lot of 808’s and soundscape elements.”

Since sharing “LSD” with his fans, Dana has dropped a fourth song – “Girlfriend” – which he calls “a gift from above.” The inspiration from the track came while he was busy recording “Don’t Look Away,” another cut from Love So Different. While jamming with producer Stox and engineers Mike River and Shawn Rose, inspiration struck Dana. “Stox was playing on the guitar,” he says. “I instantly remembered the line, ‘please don’t look at my girlfriend,’ and the melody from a few days ago when I had already had as an idea. Instantly, it felt special, and I would return to Los Angeles the next day to continue writing and recording it. Shoutout to my boo for lyrical content [laughs] and being the inspiration behind this single.”

Fans can look forward to a Love So Different dropping in February 2021. “LSD” and “Girlfriend” are out now.