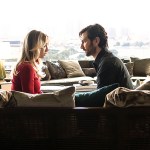 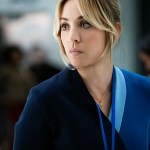 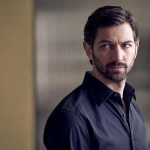 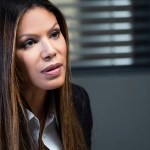 The investigation to find Alex’s killer is on and agent Kim Hammond is leading the charge. HL spoke EXCLUSIVELY with Merle Dandridge about building her character from the ground up, Kim’s backstory, and more.

Who killed Alex Sokolov? That’s the main question we have after watching the first 3 episodes of HBO Max’s newest hit series, The Flight Attendant. Cassie (Kaley Cuoco) is on a wild chase trying to figure out what happened the night he was murdered, and FBI agents Kim Hammond (Merle Dandridge) and Van White (Nolan Gerard Funk) are on that same journey as well. HollywoodLife talked EXCLUSIVELY with Merle about Kim’s mindset regarding Alex’s killer by the end of the third episode.

“I think she is very tuned in to that there is so much more to this story than meets the eye,” Merle told HollywoodLife. “I think that she will do whatever it takes to exhaust every possible road or endgame that might be able to come out of this. Cassie’s not making a good case for herself, though. She keeps stumbling in the strangest ways, which is also what makes it so curious. What on Earth is this girl doing? She just seems to be digging her own hole.”

While Kim is exploring every possible angle to Alex’s murder, her partner is dead-set on Cassie as the culprit. Merle admitted that she loves that Kim and Van are “framing things in the case from completely different points of view.” She continued: “If I were their boss, I think it’d be good to team them together because they’re going to see it from a full 360 view. They have completely different ideologies when they look at the case. Van really wants to get a gold sticker and get a thumbs up, so he’s going to try to close this case out any way that he can, but Kim is a little bit different in that she would like to really consider every angle. She trusts her gut instinct that this might not look exactly as it seems on the surface. In between that, there’s a lot of friction, but it might lead them to get even more to the heart of what is really happening.”

While the show is from Cassie’s point of view, there’s no denying that Cassie is a flawed character. She’s reckless, drinks too much, and doesn’t always make the best decisions. Kim appears to be, at this moment, the moral compass of the show as she doesn’t rush to condemn Cassie. As the season continues, the layers of Kim will be peeled back.

“What I think is really unique and powerful about where she’s coming from is that she is flawed, and we’re going to see a little bit about her broken personal life and why that makes her very empathetic,” Merle said about her character. “So when she sees somebody struggling like Cassie clearly is, she is able to not just see the black and white of it. She’s able to see all the shades of gray and how it might be misconstrued or how Cassie might have things stacked against her.”

In the next round of episodes, Merle teased that “a lot of new elements” get introduced. “As Cassie is, I would say, regularly shocked at every turn that she makes, Agent Hammond and Van are equally flabbergasted,” Merle continued. “There’s nothing that seems linear about how they come about it. So riding this ride with every flip, every turn, every spiral, and there are lots of them, it’s going to be a thrill.” The actress admitted that she had an “idea” of who killed Alex when she first read the script, but she was “way, way off” by the time she learned who really did it.

Merle’s role in The Flight Attendant comes after her 5-season run as Grace Greenleaf in the hit OWN series Greenleaf. She admitted that she was drawn to the show because she’s a fan of Kaley Cuoco. “She’s amazing in everything that she does. But there’s something about when a woman just takes the reins and clears a path and creates an entire series and an entire situation where so many people can be at work to tell a really powerful story like The Flight Attendant. Something that’s really gripping, thrilling, beautiful to look at, and just really wonderful storytelling. That’s what Kaley’s done in optioning the book and then bringing it to bring it to our screens,” Merle raved.

The actress said she originally auditioned for another role in the show. She was then told that there was another character The Flight Attendant team was thinking of changing. “That was the role of the 60-year-old in the book that written to be a white male. They were like, if we change that to be to fit you, what do you think about that? That immediately intrigued me because I got a chance to kind of create the character from scratch and rebuild her framework of how she’s looking at the case how she’s looking at Cassie and how women are within the realm of the FBI,” Merle told HollywoodLife. “She was recruited from having been a pilot in the Navy, and they wanted her, so what does that mean when she just not only gets a seat at the table but just creates a brand-new one for herself. How do you move in that space when it’s pretty much a boy’s club, so that intrigued me to play a strong black woman who is building a fresh new lane for herself.” New episodes of The Flight Attendant premiere Thursdays on HBO Max. You can stream the show by signing up for a free trial of HBO Max.