Hailing from the Inland Empire, Chrissy is a queen in the making, and she’s about to conquer your heart with her debut album, Taken. Released in October, the 15-song project blends modern bedroom R&B production with the slow-jam vocal ballads of the ‘90s, creating a sound that’s the best of both worlds – and totally chill. Taken is a half-lidded, euphoric vibe from start to finish, just what one experiences when falling in love. To aid Chrissy in capturing this sensation are a handful of producers (T Black, Chaz X) and singers, like J-Boog of B2K, Marques Houston, and Immanuel Rich.

“Even with the story behind the album’s title, I’ve had love ‘taken’ from me, but now I’m happily ‘taken’ by the love of my life,” Chrissy tells HollywoodLife in an EXCLUSIVE interview. Chrissy’s story began in Upland, California. As the daughter of producer/screenwriter/director/music producer Chris Stokes, Chrissy grew up surrounded by the entertainment industry. At age 11, she landed her first paying acting gig on Southland.  You can also see her on the upcoming Urbanflix series, Howard High.

“I love expressing my talents and personality through my artistry and acting,” Chrissy tells HollywoodLife. During the EXCLUSIVE interview, she also shares how motherhood has inspired some of the music on Taken, the most important piece of advice her father ever gave her, and more.

HollywoodLife: What inspired you to christen your album Taken?

Chrissy: Taken was inspired by what I’ve experienced with love from my past and present. But mainly, the album was inspired by my wonderful husband and the love I have for him. Even with the story behind the album’s title, I’ve had love “taken” from me, but now I’m happily “taken” by the love of my life. (laughs)

You were born in Upland, California, and grew up around Hollywood. Would you say there’s any “Upland” – as in, a certain vibe/mood/attitude – in your music?

Related: ABBA Members: Where Are They Now & Their Big Grammy Nod In 2023

Yes, I most definitely feel like I have a mixture of The Inland Empire (IE) and Los Angeles infused into the person I’ve become outside of my artistry.

Your debut single was called “Relax,” which is perfect because it seems the best way to describe your overall sound is “chill.” And after this year, it seems that everyone’s ready to de-stress and relax for a bit. Have fans been connecting with your vibe?

Yes, and I feel incredibly blessed to have supporters who genuinely support my career as an artist & actress. And I’m sure I have trolls somewhere on social media, but it’s all about providing great art for those who enjoy it.

I read that you weren’t that outgoing in high school. As a fellow introvert, I spent most of my free time in high school, chilling out in my room and listening to music. How did you usually spend your time growing up?

Believe it or not, I had a typical high school experience and was very focused on staying an honor roll student. During lunch, I was to myself writing music for the studio after school. It honestly wasn’t until my senior year I started to make friends.

You’ve said that your husband inspires many of your ‘lovey-dovey’ songs on Taken? Does he have a favorite song on this album?

Yes, all of the love songs on the album are him, my sugarplum (laughs). His absolute favorite from the album is “Always Love You.”

You’re the daughter of Chris Stokes. As fathers often give advice, is there a piece of guidance that has been incredibly helpful to you?

‘Don’t give up, daughter. You can do whatever you put your mind to, and just because one person says no, it’s not the end of your journey.’ That’s the most incredible advice that my father has given me.

On the other hand, was there a moment that you didn’t consult his advice but now wish that you did?

Nope, I always consult my father for everything since he wants only the best for me. Plus, he’s too smart for me not to listen to him. (laughs) 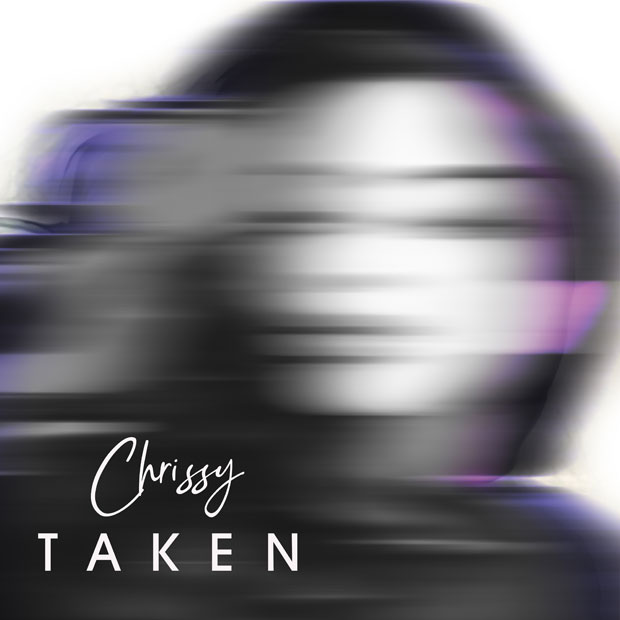 Your son just turned one year old. Has motherhood influenced your songwriting? Or is “mom Chrissy” completely separate from “singer Chrissy?”

That’s a great question! I feel like mom Chrissy makes her way into the scene, especially while writing “Always Love You.” My son was the inspiration with that record, and I wanted to express how I will always love my boy. I thank God I get to wake up and see my baby boy every day.

You’ve landed a few acting credits, including Southland and Howard High. Is that still a career you’d be interested in pursuing, or is it 100% music right now?

50 / 50, to be honest, because I love expressing my talents and personality through my artistry and acting.

Taken is out now.