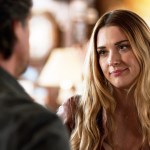 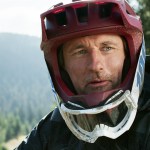 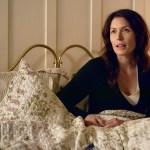 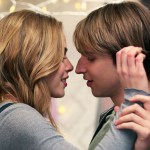 The long wait for ‘Virgin River’ season 2 is over. HL spoke with Grayson Gurnsey about Ricky and Lizzie’s ‘young love’ and how he reacted to that jaw-dropping season 2 finale ending.

Virgin River season 2 is Netflix’s latest hit. The second season took us back to the small town that everyone loves and gave us even more drama. Ricky returned and experienced love for the first time with the new girl in town, Lizzie. HollywoodLife talked EXCLUSIVELY with Grayson Gurnsey about Ricky and Lizzie’s blossoming relationship.

“I like it so much because they’re very contrasting in the way that she was brought up and the way that he was brought up,” Grayson told HollywoodLife. “She’s like a rich girl from LA, and he’s grown up relatively poor in a small town. The way that they interact with each other and his naivete compared to her kind of weathered, almost jaded personality, it’s a nice little difference where they both kind of help each other see each other’s point of view.”

Grayson loves that Ricky and Lizzie’s relationship is so “fresh and new.” He enjoys the unpredictability when it comes to the future of first loves. “I think that it could go really either way, but I would like to think that the relationship kind of stays in this sort of young love [and] volatile state where everything is so extreme,” Grayson continued. “Everyone knows about having the first love, and you think you’re going to be with the first love for your entire life. It’s this whole thing where you’ve never really been in love, or you’ve never really been in a serious relationship, so everything is made so extreme and so insane, and all these different things. I would like to see that continue. We’ve seen glimpses of it, but I’d like to see it kind of grow over the next season.”

Season 2 ended with one hell of a cliffhanger. When Mel walked into Jack’s bar, she found Jack bleeding out on the floor after being shot. The person who shot him remains a mystery.

“We were all like, wow, that’s a really insane place to leave it. We better get to season 3 because that’d be really awkward if that’s where it ended,” Grayson told HollywoodLife. “Everyone was really surprised. And I think it’s going to be a fun thing if we do get a season 3 that they get to kind of play off it and maybe make it like a little thing or something. I don’t know. But I really loved it. I thought it was so out of the blue and right out of left field. I was like, great. I had no idea this was coming. No real foreshadowing for it. I didn’t think that it was going to get this extreme, but I like it. So I think it was pretty awesome.”

When asked if he has any theories as to who pulled the trigger, Grayson said: “Everyone’s initial thought is probably Brady, right? Because he’s kind of a troublemaker. He’s been going through a lot of stuff… It could really be anyone. Because the way that the writers write the show, they could write it with a very specific character in mind and make it so impossible to understand it’s that character, [and] you get like maybe one hint that it might be that character. But then give us red herrings for like a dozen different characters.” Virgin River season 2 is now streaming on Netflix.