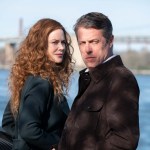 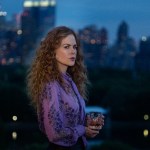 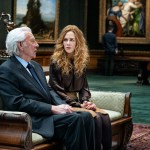 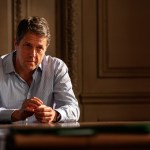 ‘The Undoing’ finale saved the best twists for last. Jonathan’s trial continued, and things took a turn when Grace took the stand. In the end, Elena’s killer was revealed.

The Undoing finale picks up where the penultimate episode left off. Grace discovers the sculpting hammer, and Henry wakes up. He tells her that he found it in the outdoor fireplace at the beach house just after they got there. She demands to know why he didn’t tell her. “Because he killed her,” Henry says to Grace. “I didn’t want him to get caught.” He knew that she would turn over the weapon, and Jonathan would go to prison.

Grace brings the family and Haley together to figure out what to do with the hammer. Jonathan reveals that he and Elena would go to the beach house during their affair. Jonathan thinks Fernando planted the sculpting hammer and thinks the weapon could actually exonerate him.

Turns out, Henry ran it through the dishwasher to protect his dad. Twice. All DNA evidence is long gone. Haley tries to figure out the next move. She tells them that if the sculpting hammer comes to light, it’s game over. She also notes that Henry could be arrested for obstructing justice and advises not to turn over the hammer.

Jonathan talks to Grace privately and tries to blame Henry. Grace can’t believe that Jonathan is going down this road and asks him to leave. Before he leaves, Jonathan goes to see Henry in his room. Henry flips out that his own dad is accusing him of murder. Jonathan talks Henry down and promises to go on their road trip after the trial is over.

When Grace speaks to Franklin, he wonders how she can’t see what’s happening right in front of her with Jonathan. She says that she does see what’s going on and vows to fix what’s been undone.

The next day, Jonathan takes the stand. He maintains that he did not kill Elena and just found her dead after they had sex. Jonathan opens up about how he became close to Miguel when Miguel was battling cancer. He is cross-examined and is asked why he didn’t call the police. Jonathan says he panicked and went home. During his testimony, Grace sees a flash of memory: Jonathan cleaning his bloody shirt.

Later that night, Grace talks with Henry. She just wants what’s best for him at the end of the day. Henry is clearly struggling with everything that’s going on. Grace calls Sylvia to go on a walk. She needs Sylvia to do something for her.

Haley calls Miguel to the stand the next day. She asks about the night of Elena’s death and probes him about whether or not he woke up during the night. He doesn’t think he did. She also asks about Fernando and Elena’s arguing. Miguel admits that they argued and told his teachers that his parents fought and it scared him. Sylvia gets up and leaves to go to the bathroom where she runs into the prosecutor.

During a break, Fernando goes off on Haley, Jonathan, and Grace. He calls them all “vile.” Haley believes that she’ll put Detective Mendoza on the stand. Grace chimes in and tells Haley that she’s willing to testify. She will tell her truth. “I don’t believe you could have done this,” Grace says to him.

Grace takes the stand and tells the courtroom that he “could not” have killed Elena. Haley asks how Grace knows this. Grace goes on and on about how Jonathan is a healer, he saves people’s lives, and she’s never observed Jonathan to be violent. She says that Jonathan is a “gentle man” and a “man of empathy.”

When she’s cross-examined, that’s where things take a turn. The prosecutor brings up what Grace said earlier about Jonathan not being violent and talks about the night at the beach house when Jonathan grabbed Grace by the neck. Grace defends him initially, but the prosecutor leans in. She asks Grace to talk about what she said to Detective Mendoza about the incident. Grace admits she was “terrified in the moment” and was “startled.”

Meanwhile, Haley is freaking out. Jonathan is shocked beyond belief. Jonathan stands up and says Grace is a liar. When she gets off the stand, she stares Jonathan down. Sylvia runs after Grace and walks out of the courthouse with her. Haley says she’s going to move for a mistrial. Jonathan is trying to blame Grace for this and Haley claps back that this is all his fault because he didn’t get rid of the hammer. “How stupid can you get?” she asks him.

Later, Jonathan texts Henry that he’s missing him. Jonathan asks Henry to go to breakfast with him the next morning. When Grace and Franklin arrive at the courthouse, Grace gets a text that Henry didn’t show up to school. Jonathan has taken Henry on a drive.

The night of the murder, Jonathan went to visit Elena. They had sex, just like Jonathan said. Afterward, Elena talked about how nice Grace had been to her lately. She told Jonathan that Henry could be great for Miguel, like a big brother. That’s when Jonathan snapped. He told Elena to stay away from his family. “You will never hurt me. You will never leave me,” Elena said. When Elena refused to believe Jonathan, he threw her head against the wall multiple times. “I just left you,” he told her before he threw her keys. Elena grabbed the sculpting hammer and tried to hit Jonathan with it. He grabbed it and hit her once. When Elena was unconscious, Jonathan closed her eyes and continued to bludgeon her to death. Jonathan killed Elena and felt no remorse at all.

During his drive with Henry, Jonathan continues to become more erratic. He doesn’t believe this murder is going to be his legacy. He still believes there’s a way out of this. “You murdered a person,” Henry cries. The cops close in on them. Henry begs his dad to stop and let him out. Jonathan speeds towards a red light and barely misses a tractor-trailer. He goes over a bridge and drives over the yellow line. The other car swerves before there’s a collision. Jonathan then stops the car and climbs the bridge. He prepares to jump.

Henry grabs his dad’s hand and begs Jonathan not to jump. Grace races out of the helicopter and runs to Jonathan and Henry. She screams for them both. Jonathan steps down from the bridge ledge, while Grace grabs Henry. Jonathan’s prepared for Grace to hug him, but she runs with Henry. Jonathan is arrested for killing Elena, and Grace takes Henry and runs away from the monster she married.