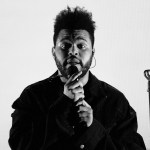 The Weeknd was floored that his mega-successful 2020 album and singles received zero Grammy nominations. It is now fueling him to put on the best Super Bowl Halftime show ever.

The Weeknd is still fuming that when the 2021 Grammy nominations were announced on Nov. 24, his name was not called once. He had the biggest single of 2020 with “Blinding Lights” and a commercial and critical hit with the album After Hours. The Weeknd — real name Abel Tesfaye — is so hot that he’s been booked as the Super Bowl 55 Halftime entertainer, which was announced on Nov. 12. After his truly baffling Grammys snub, he’s now putting all of his energies toward the Feb. 7, 2021 football game instead and show the Grammys folks what they’re missing out on.

“Abel would like to be recognized with Grammy nominations especially since he has won in the past, but he is not going to be upset about it and let it get to him. He is basically going to use the snub as more of a chip on his shoulder for his Super Bowl performance,” a source close to The Weeknd tells HollywoodLife.com EXCLUSIVELY. “That is his real reward. He is now even more motivated to kill it for the Halftime show. They can snub him, but he will have the last laugh.”

Abel has three Grammys to his name, winning Best Urban Contemporary Album for 2016’s Beauty Behind the Madness and Best R&B Performance for “Earned It” that same year. He also took home Best Urban Contemporary Album in 2018 for Starboy. Abel has six other past Grammy nominations, including the prestigious Album of the Year for Beauty Behind the Madness and Record of the Year in 2016 for “Can’t Feel My Face.”

Which makes it all the more baffling that in his most successful year ever, none of his work was recognized in ANY Grammys category. Abel called the Recording Academy “corrupt” and demanded to know how the decision came about. In a Nov. 24 Instagram message and tweet after his snub, Abel wrote, “The Grammys remain corrupt. You owe me, my fans and the industry transparency…”

The Grammys remain corrupt. You owe me, my fans and the industry transparency…

Abel also hinted that he’d been asked to perform at the Grammys, which take place a week after his Super Bowl performance. But with no nominations, he seems to believe he’s no longer wanted. On Nov. 25, he took to Twitter and Instagram to share the message, “Collaboratively planning a performance for weeks to not being invited? In my opinion zero nominations = you’re not invited.”

The Grammys team was allegedly upset that Abel was performing at the Super Bowl the week prior to the awards show telecast and gave him an ultimatum, the halftime show or the Grammys, TMZ reports. “Both sides eventually came to an agreement where Abel could do both, but not without negotiations getting very testy,” the site claims, adding that “the bitter back-and-forth talks pissed off Grammy honchos,” which could have resulted in Abel coming up empty with zero nominations. It’s still unclear if he has a Grammy performance spot, but at least fans can count on The Weeknd crushing it at the Super Bowl Halftime.