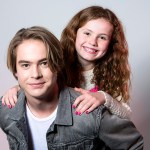 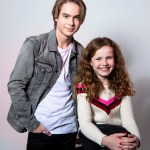 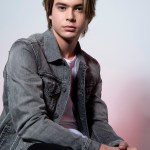 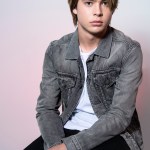 Adventure awaits in ‘The Christmas Chronicles: Part Two’ & actress Darby Camp spoke to HL about her character’s growth in the holiday film!

Two years after we saw Teddy (Judah Lewis) and Kate (Darby Camp) help Santa (Kurt Russell) save Christmas, the siblings are back in The Christmas Chronicles: Part Two, with a teenage Kate in the need of some Christmas spirit. “It’s kind of wild to think that Kate is now a teenager because she’s always been this little girl. Now she’s a teen and it’s just really cool to see how much she grows throughout the second film,” Darby Camp told HollywoodLife.com in an EXCLUSIVE interview. “She goes from being this annoyed, grumpy teenager in the beginning and then at the end of the movie, she’s finally happy and accepting of her mom’s boyfriend and her family. It’s great to watch her grow up.”

Recall, in the first installment of the holiday movie, Kate and Judah’s father, played by Oliver Hudson, dies, and his widower, Claire (Kimberly Williams-Paisley) is forced to work on Christmas Eve. In The Christmas Chronicles: Part Two, Claire finds love again, but young Kate isn’t thrilled with her mom moving on. “She’s kind of upset with her family and with her mom moving on really quickly, in her opinion. Then, when Kate finds herself in the North Pole again, I think that she kind of realizes by seeing Mr. and Mr. Claus, and all the elves in real life, and how they’re one big happy family, she starts to miss hers,” Darby explained.

She continued, “Kate definitely realizes that her mom isn’t really moving on too fast, and that she needs to be more accepting of her mom finding this new boyfriend and her mom’s boyfriend son jack. I think that going in North Pole helps her do that.”

Darby added that it was “super exciting” to work with the legendary Kurt Russell again, and revealed his wife, Goldie Hawn, had a larger role as Mrs. Claus in this film. “There’s just there’s so much more magic in this movie and Mrs. Claus, played by Goldie Hawn is in this a lot more than she was and she is super amazing to work with,” she gushed. “I’m really excited for everyone to see it!”

The Christmas Chronicles: Part Two is in select theaters on Nov. 23rd and on Netflix November 25th.