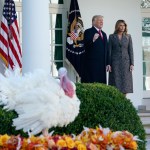 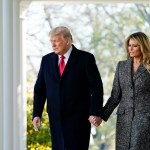 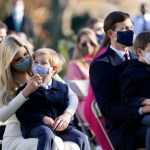 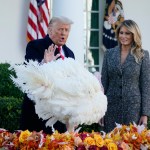 For the last time in his presidency, Donald Trump pardoned a turkey ahead of Thanksgiving at the White House, deciding between birds Corn and Cob.

Despite the state of… everything… the White House still went ahead with its annual Thanksgiving pardon on November 24. With just two days to go before Thanksgiving, President Donald Trump saved a feathered friend from the fate of being family dinner, for the last time of his presidency. Fear not — though Corn was officially “pardoned,” his cohort, Cob will be treated to the same cushy life of luxury at Gobbler’s Rest, joining last year’s birds, Bread and Butter. See photos of the 2020 event in the gallery above!

"Corn, I hereby grant you a full pardon."

The poultry industry has gifted two turkeys per year to the White House for “pardoning” since 1947. But the tradition is thought to reach back all the way to President Abraham Lincoln. An 1865 dispatch by White House reporter Noah Brooks revealed that “a live turkey had been brought home for the Christmas dinner, but [Lincoln’s son Tad] interceded in behalf of its life. . . . [Tad’s] plea was admitted and the turkey’s life spared.”

The turkey pardon didn’t become an official White House event until well over 100 years later, when President George H.W. Bush formally “reprieved” one of his birds in 1989. Like in years past, the 2020 turkeys were treated to a lavish stay at the Willard Hotel, blocks from the White House, and a tasty feast before their time in the spotlight. President Trump seemed to enjoy the ceremony, his first public event scheduled in over two weeks.

Since the November 3 presidential election, Trump has only made four official appearances and spoken publicly twice. In fact, he’s only left the White House grounds to go golfing, and to visit Arlington National Cemetery on Veteran’s Day. Strangely enough, Trump’s 2018 pardoning somehow predicted what would be happening in 2020. Two years ago, as he chose between turkeys Peas and Carrots, Trump joked that the vote was decided by a “fair and open election.” But, Carrots “refused to concede” and “demanded a recount.” It didn’t change the outcome, though…