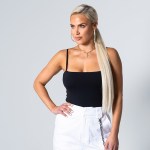 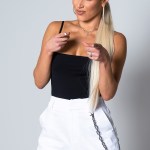 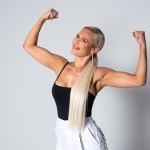 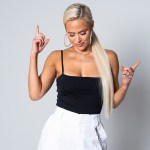 WWE Superstar and ‘Pitch Perfect’ actor Lana aka ‘The Ravishing Russian’ has spoken to HollywoodLife exclusively about her upcoming WWE Network documentary.

Lana is a star both in and out of the ring. The WWE Superstar, who is also known as The Ravishing Russian, has appeared on shows like Total Divas and Total Bellas, and is set to star an upcoming WWE Chronicle documentary on the WWE Network. The athlete, whose real name is CJ Perry, sat down with HollywoodLife for an exclusive interview about what fans can expect from the doc. “I think you are going to see behind the character of Lana, the Ravishing Russian. And that is going to be a more unfiltered look,” she explained.

“I feel for the very first time I am pulling back the curtain so much. I hope it really encourages people because what I have really learned, God I get emotional even thinking about it,” Lana continued, holding back tears. “I think it shows a much more vulnerable side of me than you have seen. It is also scary at times because I always usually put on a filter on Instagram or hide behind some sort of entertainment instead of showing the raw unfiltered version of me and I think this is the first time you are going to be able to see it.” Lana is also an accomplished actress and took advantage of her singing talent when she appeared in Pitch Perfect and its sequel, Pitch Perfect 2.

“With acting, I find some version of that character in myself. As actors, we need to do. We need to trust and assign when we are telling a story … I have been kind of [hiding] behind those characters and it is really terrifying and scary because when you open yourself in a vulnerable way, the world is hard sometimes,” she said. “I hope that I can encourage others … I am far from perfect. I am far from being the best at anything, but I have passion, I am persistent. I am resilient and I get up and I learn from my failures. And when I fall flat on my face I choose to get up.”
Lana also opened up about working on film sets with the likes of Bruce Willis. “I was able to do Cosmic Sin with Bruce Willis which was absolutely amazing. We were actually shooting right before everything shut down,” she said, adding that she was “thankful” to have so many different platforms to showcase her talents. “I have a YouTube channel that I am focusing on a lot because it is a different outlet to tell stories … I want to create good content and stories that will entertain people and hopefully inspire people in this time.”
Make sure to check out her upcoming WWE Network Documentary and Chronicle now and also tune in to WWE’s Survivor Series on November 22nd on the WWE Network!