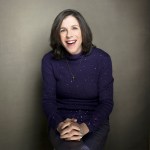 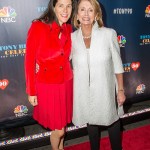 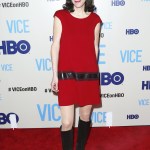 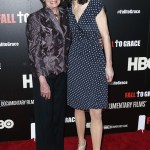 Emmy-nominated documentary filmmaker Alexandra Pelosi set out to chronicle the election year last January, before the pandemic and the Black Lives Matter movement, and now, she admits she is shook by what she’s witnessed.

When Alexandra Pelosi – yes, she IS Nancy Pelosi’s daughter – started on her journey to be an eyewitness to the year 2020 as she filmed a new Showtime documentary, American Selfie: One Nation Shoots Itself, she knew it would be a dark year.

Her experience, as someone who had chronicled election years before, was that the emotions and political disagreements that erupt during elections, always make these years dark chapters, she told HollywoodLife in an exclusive interview. ‘The purpose of this film was to make an artifact of how America looks in 2020 so that future generations can look back at this moment in time and say, ‘Oh, that’s where it all went down, it all fell apart.”

In the past, Pelosi herself has not felt hostility when as part of her work, she has crossed the aisle. She famously was assigned by her employer at the time, NBC News, to follow George W. Bush’s 2000 presidential campaign for 18 months with her camcorder.

“George Bush was a likable guy. And we had a nice time. I didn’t agree with any of his politics personally, but ok, he’s a nice guy. And I understood where he was coming from and I enjoyed the experience”, she said. Her ultimate film from the experience, Journeys With George, was so well-received that she earned six Emmy nominations.

However, covering the campaign and crisscrossing the country in 2020 turned out to be a completely different experience in the landscape of Donald Trump’s America. “Our president has spent the last four years sowing the seeds of hate all across the country and everywhere you go, you could see the ramifications of that in the way people behave”, she related. “Look at the gun rally in Virginia on January 20, 2020 when people arrived armed – he brought out the worst in all of us.”

Pelosi’s film, which is now available on Showtime, starts with documentation of the American self-obsession with the ‘selfie’. In January she filmed people posing and posting the “perfect” photos of themselves, showing the idealized images of themselves that they wished to present to the world. She captured the excitement of Apple fans waiting in line at 4 am to buy the latest iPhone on new York City’s 5th Avenue.  Here, were Americans doing “normal” things. But the documentary quickly moves into her sober coverage of the darkest days in New York City in March and April as the pandemic raged, the city was under a virtual lockdown and refrigerated trucks were used for storing dead bodies.

And from there, it leads into Donald Trump’s defiance of coronavirus when he stages a hugely-hyped rally in Tulsa, Oklahoma in June. From there her film goes right into the confrontations between Trump supporters and opponents that dominate the rest of the documentary and the year. It’s the heated but sometimes still civil conversations between Trump supporters and all of the Americans of various groups and persuasions that oppose him, that are so compelling.

What’s hopeful is that there are at least attempts to connect and persuade between the two groups when they actually get face to face. One young African American man tries diligently and earnestly to explain to several male Trump supporters in Tulsa, why there IS systemic racism in America. Why it IS so hard for Blacks to pull themselves up by their “bootstraps” when they begin life in many cases, so many steps behind white Americans, thanks to centuries of Jim Crow laws, “redlining”, barriers to bank loans, lesser educational opportunities and the threat of police brutality.

The Trump supporters were having none of it – laughing and denying that the legacy of slavery could have any effect on African Americans today. But at least, they wanted to end their conversation with a hug.

“No. I never had any kumbaya moments. No one’s going to change anybody’s mind, but at least you could see where they were coming from. That to me was pretty good”, Pelosi said.

What was so clearly new for Pelosi in the America she covered in 2020, is “that I always thought we had a set of facts that we all would agree on and we could take it from there… now we don’t have the same set of facts”, she pointed out.

She blames both cable news and especially to social media as the culprit. And she explains that the one constant that all the Americans she interviewed for the film could agree on, no matter who they were going to vote for, was that “social media is really destroying the mental health of this country”.

There is a lot of misinformation out there on Instagram, Facebook and Twitter and she targets the leaders of these companies for doing so little to curb its spread. “I think they are social media war profiteers… this is like war times and they are getting wealthy on feeding the divide”, she asserts to HollywoodLife. “I feel like these people have blood on their hands.”

Despite Pelosi, being her mother’s daughter, she is the youngest of Nancy’s five children – and having a  liberal point of view, she has made many friends from the Trump camp during her journeys. Of course, while she is at work on her films like ‘American Selfie’, she never identifies herself a relative of the Speaker of the House. But she keeps in touch with people she doesn’t agree with politically. “How boring of a world is it to live in a place where everybody agrees with each other?” she says… “I’ve always wanted to have a party and put them (her friends of all groups) together in a room and see how that would go.”

She finds it “interesting” to have conversations with her friends who defend Trump. “I mean seriously, how can you still do it after that debate?” (the first presidential debate) She finds, that they still do point to things like getting Supreme Court seats, to overlook Trump’s “personal style.”

Now, though the documentary debuted on October 23, she is still filming the events of the year 2020. “I’m worried about what happens after the election, because half of the electorate is going to be very disappointed, if not taking their pitchforks to the streets. You know, no matter who wins one side, Donald Trump ripped the band aid off this raw open round, and now we’re left with all of this.”