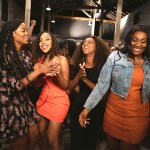 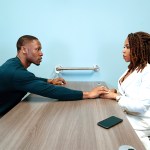 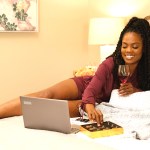 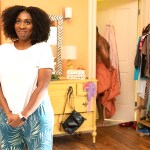 ‘Sistas’ is back for season 2 and better than ever. HL spoke EXCLUSIVELY with the cast about everything from Karen’s love triangle, Sabrina’s revenge on Maurice, and more.

The second season of Tyler Perry’s Sistas is bringing the drama. HollywoodLife talked EXCLUSIVELY with the core four — KJ Smith, Mignon Von, Ebony Obsidian, and Novi Brown about all things season 2. In the wake of Gary’s legal issues, KJ stressed that Andi is “devastated” and her whole world has changed.

“Andi has to really reevaluate what life looks like outside of her fantasy because, in her mind, she felt like Gary was perfect,” KJ added. “And after that, the rug is pulled from under her so she has to reevaluate and relearn herself. What are the things I enjoy? Who am I really without this fantasy? Can I still have it all? Is there someone else out there for me or am I going to be single forever? So we follow Andi through this journey that I feel like I’ve gone through for sure personally before so it’s going to be interesting to watch.”

Mignon teased that Danni and Preston’s relationship “evolves” in season 2 of the Tyler Perry series. “They have things that they’re going to have to work out,” she said. When it comes to the love triangle between Zac, Karen, and Aaron, things are going to get even dicier.

“The love triangle is still pointy, it’s still sharp, it’s still dangerous,” Ebony revealed. “I’m still scared for Karen’s life. But I will say, just as other girls have said, everyone is evolving, everyone is moving forward whether or not they know how to do it and Karen is definitely going to do that.” She added that we’re going to see “a lot more decision making” from Karen.

As for the Sabrina and Maurice situation, Novi admitted that she “loved” Sabrina getting revenge on him. “I think it was very unexpected,” she told HollywoodLife. “But, you know, at the same time it expressed a lot of people’s intent when it comes to their friendships. You know, a lot of people are very protective of their friends and I think a lot of people can connect with that. How Sabrina feels about the girls, those are her sisters, she really cares about them. Not only that but then Alonzo threatens Maurice who becomes really close with everybody in the circle, you know, he’s really a protector to her, as well. And she’s just the person who wants to make sure that, ‘Listen if you mess with any of us, you mess with me. Okay?’ And nobody wants that now that they know.” Sistas airs Wednesdays at 9 p.m. on BET Network.