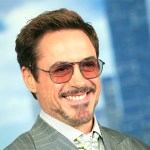 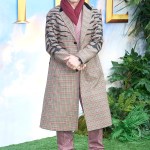 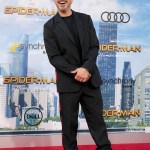 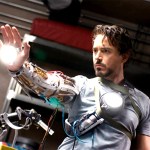 Robert Downey Jr. sat down with David Letterman and opened up about his addiction struggles. He revealed Jodie Foster actually sent him a letter when he was in prison after they worked together.

Robert Downey Jr., 55, got candid with David Letterman, 73, about his past struggles with addiction in a new episode of My Next Guest Needs No Introduction. The Avengers star battled drug and alcohol addiction in the early stages of his career and admitted there was one time when he was using and working at the same time. “There was a single crossover, and I call it the most relaxed performance in the history of cinema,” Robert said, talking about his role in the 1995 Jodie Foster-directed film Home for the Holidays.

“She [Jodie] was really critical of just being like, ‘Well, looks like you’re getting away with it on this one. I wouldn’t try this again because we’re kind of a forgiving group.’ I was like, ‘Wasn’t that last take great?’ She’s like, ‘Yeah, you’re great. It’s going great.’

Robert was first arrested in 1996 when he was pulled over and found to be in possession of cocaine, heroin, and a handgun. He was arrested again two weeks later for trespassing into a neighbor’s home while under the influence. He was placed on probation and ordered to undergo drug counseling. RDJ violated his probation three times and was eventually sentenced to three years in prison in 1999 for repeatedly violating probation.

The actor spent nearly a year in prison. Robert revealed that Jodie actually sent him a letter while he was locked up that echoed their earlier conversations. “And then when I, you know, was locked up in a penitentiary, she sent me a letter saying, ‘Let me tell you about what I meant by it’s going great,'” Robert remembered.

Robert has been sober since 2003 and he’s gone on to become one of the most successful Hollywood stars. He revealed that he doesn’t know what the “tipping point” was in terms of when he crossed over into addiction, but he did say using was “just the culture that I was raised in.” He continued: “As the AMA [American Medical Association] will say that alcoholism or addiction is essentially a brain disease, but it’s a brain disease that people don’t want to take the cure for when it’s offered, so it’s a very insidious thing.” My Next Guest Needs No Introduction season 3 is currently streaming on Netflix.