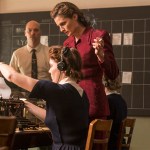 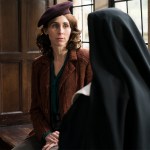 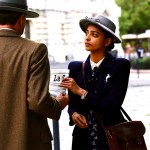 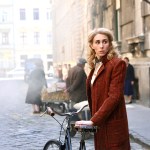 ‘A Call To Spy’ explores the life of Virginia Hall, America’s top female spy during WWII. HL spoke EXCLUSIVELY with Sarah Megan Thomas about bringing Virginia’s story to life and her biggest ‘challenge’ when filming.

A Call To Spy is out in select theaters and On Demand now. The film centers around the formation of the SOE [Special Operations Executive], which recruited and trained women as spies during WWII. One of those spies was the legendary Virginia Hall, played by Sarah Megan Thomas, an ambitious American with a wooden leg.

HollywoodLife talked EXCLUSIVELY with Sarah about getting into character, how she prepped for scenes, and more. Sarah admitted that Virginia has “inspired” her so much regarding how she wants to live her life “going forward.” Read our Q&A below.

How much did you know about Virginia Hall when you originally took on this role?
Sarah Megan Thomas: I knew nothing about Virginia Hall when I originally took on this role. When I started doing the research, and I was like, my gosh, this woman was so incredible. I mean, she was the spy the Nazis dubbed the most dangerous of all Allied spies period. Klaus Barbie came to hunt her in Leon, and yet I’d never heard of her. She’s not in the history books, so that’s why I think this is such an important movie.

Through your research, what was the most surprising thing you learned about Virginia?
Sarah Megan Thomas: I think it was so surprising how much she actually did, how powerful she was. From finding safe houses, organizing prison breaks, building up the local resistance plans, handing out money, she was the person in power in Leon running the whole thing so to speak, by the end of the war. I didn’t know she was that significant in her spy effort until I started doing the research because it goes back to the why hadn’t I read about her or learned about her before. She was awarded like every award you could possibly be awarded, like the Distinguished Service Cross for bravery.

With the research, how did you approach that? Did you speak with living relatives?
Sarah Megan Thomas: I spoke to living relatives, and I had her spy files from the OSS and the SOE. I spoke to people at the CIA because she was the first woman to work for the CIA after the war. I think the challenge was with the spy files, I had her words or letters, how she was perceived, but it was more formal. How do you as an actress get to be internal? Because there weren’t press interviews that she gave or video recordings, and she is a real person. So speaking with Linda, Lorna, and Brad Catling, who are living relatives, helped me get a little inkling into her personality and also understand the extent of the pain she was in with her limbs because she had a wooden leg. I felt like that was a huge part of her being, and I wanted to get that right.

What was it like to transport yourself back to that era? What was the transformation process like?
Sarah Megan Thomas: For Virginia, specifically, it was putting on the wooden leg. So even in my close up, even when I was off-camera acting with other people, I wanted to have the leg on. We had a real wooden leg tied to my back, and then my back went out because of that so we made it Styrofoam. But finding that wooden leg really helped me hook into the character and the time period. But then, in addition, I listened to Churchill’s war speeches. When they gave me my five-minute warning, I’d put my earphones in, and that’s what I would do. I would listen to his voice, and the stakes of the war really brought me there. Kim Jennings, the production designer on this film, just knocked it out of the park. The sets were just so real that you felt you were there automatically.

Even though Virginia was from a different era, how has she inspired you today?
Sarah Megan Thomas: She’s inspired me so much in terms of how I want to live my life moving forward. She is someone who heard the word ‘no’ so many times in her life. She believed in a cause, she thought she had a calling, and she stopped at nothing to fulfill her calling, which was to stop the Nazis. For me, I hope that I can do the same thing in my life when I have something that I believe strongly in. I think that’s a really good message.

You also wrote the movie’s original screenplay, in addition to producing and acting in the film. What was it like juggling so many hats?
Sarah Megan Thomas: Not going to lie, that was a really big challenge on this for me, specifically, because as a writer, and producer, you get to be in your head. You’re doing the research two steps ahead, juggling any problems people have, and fixing things. As an actress, you have to let that go and be in the moment. For me, the trick was having my five-minute call really be a five-minute call and taking off the producer-writer hat, breathing, and putting on those speeches to just kind of clarify and go. But I do think there was a little bit of an advantage too. Because I wrote the screenplay, I really intimately understood Virginia because I’d done so much research on her.