While the stages are still dark and the people are craving new art, the Tony Awards will commence in an online ceremony. The Tony Award Productions will announce the nominations for American Theatre Wing’s 74th Annual Tony Awards on Thursday, October 15th, with a date and platform for the actual ceremony to be announced on a later date. Hopefully awaiting his nomination has been James Cusati-Moyer, who visited HollywoodLife ahead of the Coronavirus pandemic and the strong resurgence of the BLM movement, for our Tony Contenders series when the original date was planned for June 7, 2020. When he spoke to HL, George Floyd was still alive; Breonna Taylor was still alive; Jacob Blake was still alive; over 100 Black men and women were still alive before they were killed at the hands of the police.

Now, James’ thoughts on the Jeremy O. Harris play about race, sex, power relations, trauma, and interracial relationships ring more true than ever before, as the racial divide in the United States is brought to the forefront of the conversation and will not go away until it is fixed once and for all. “The biggest lesson we all can take away from this play is that the awkwardness you may feel when watching it and this form of discomfort often leads to something that is vulnerable or unchecked within yourself, or a conversation that you maybe haven’t had or are too uncomfortable to have,” James explained to HL back in February. “What was exciting about Slave Play within the context of the two hours of audience traffic every night was the conversation that spilled out onto the streets after the show. It’s rare that the conversation continues days and weeks after and people come up to me on the street and they say, ‘I haven’t stopped talking about this,’ or ‘I so identified with your with your role.'” 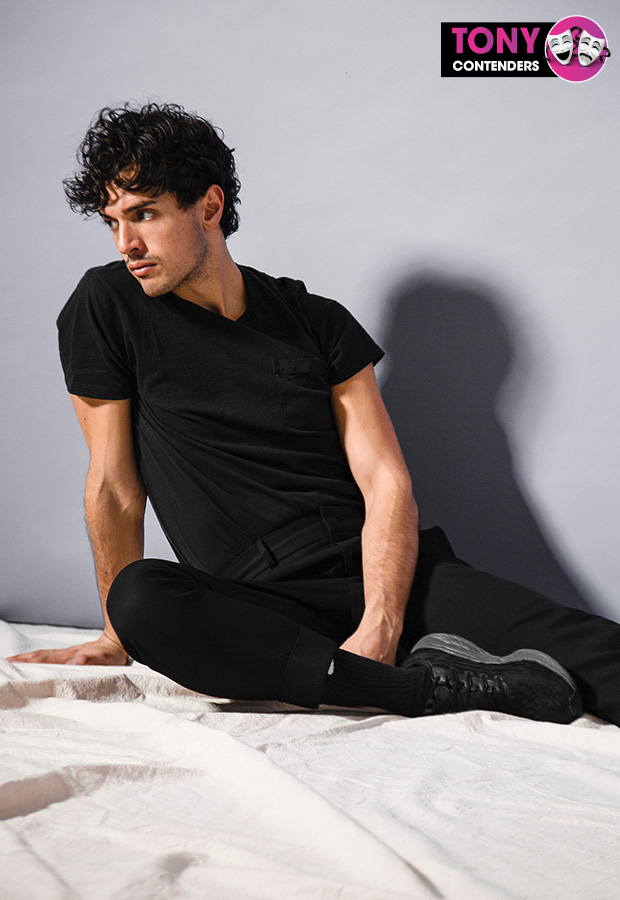 In Slave Play, James Cusati-Moyer takes on the role of Dustin, an actor in an interracial relationship who does not identify as caucasian, but those around him are quick to do so for him. He originated the role at the New York Theatre Workshop staging and continued as Dustin on Broadway until the play’s final performance on January 19, 2020. “This role opened my eyes to how I identified. I finally heard myself and how I wrestle with my own privilege, compared to the average Black American,” James reflected. “There were so many those socio-political conversations that happened in the play. It’s necessary to dive into the discomfort and make friends with it and say, ‘Perhaps I’m uneducated about this, perhaps I’m naive. I want to learn.’ Taking that step and saying, ‘Let’s learn about this, let’s really dive into racial politics within our society and within our country,’ as people, as a city, it’s really so exciting that a play can do that.”

James revealed the biggest shift he felt in the role was taking Slave Play to the Broadway stage, where the audience was predominately older, white and grew to 800 people a night instead of the 200 the cast was used to Off-Broadway. “The performance shifted every day, every night. I’ve never been so kept on my toes,” he said. “I was pleasantly surprised and humbled by the fact that there was there was an active and vibrant response that you could feel every single night, that was different every single night.” 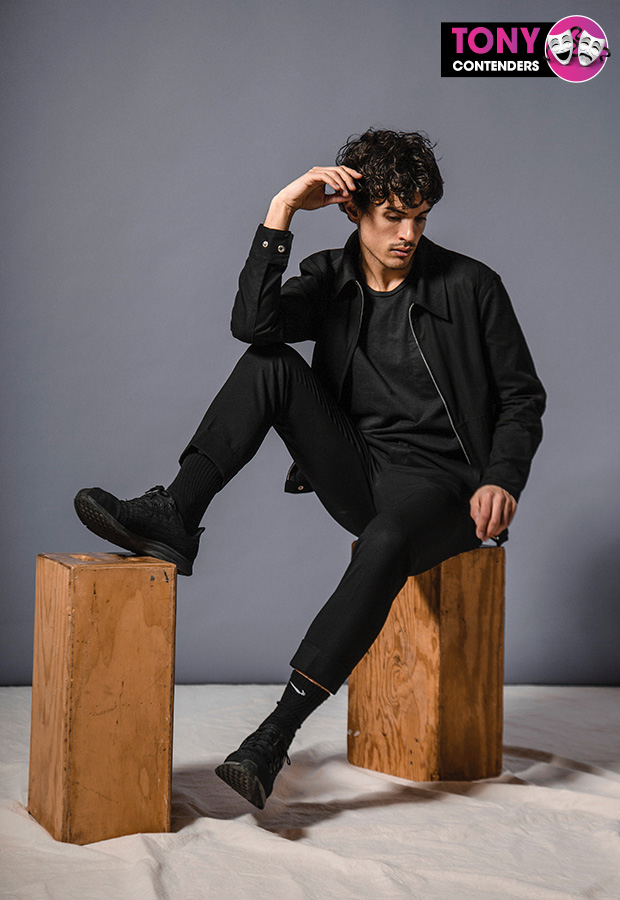 He added that when Slave Play made the shift to the Broadway stage, it was important they didn’t “inflate” or “amp up” any moment “for the sake of the Broadway stage.” “I think that’s how Slave Play and our performance has kept us integrity, it’s that we didn’t shift who we were and what story we were telling, or how we presented it to a Broadway house,” James said.

Tune in to the Tony Awards nominations on October 15th at 12 PM ET here.