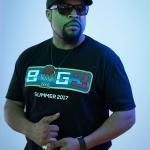 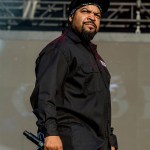 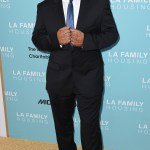 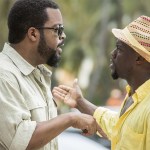 Despite claiming he would NEVER endorse Donald Trump, Ice Cube is taking heat for working with the president’s re-election campaign on his plan to achieve racial economic justice for Black Americans.

Ice Cube, is hitting back at claims that he “went to the dark side” in working with Donald Trump‘s 2020 presidential re-election campaign. The rapper/actor once claimed in a 2016 tweet that “I will NEVER endorse a mothaf**ka like Donald Trump! EVER!!” and fans are now crying out that he’s done exactly that by working with the 74-year-old’s campaign on his Contract With Black America. But Cube says that he put the CWBA out to both Republicans and Democrats, and that Trump’s team was willing to work with him now.

Facts: I put out the CWBA. Both parties contacted me. Dems said we’ll address the CWBA after the election. Trump campaign made some adjustments to their plan after talking to us about the CWBA.

It’s ok Ice Cube. It’s not like Trump has never disassociated himself from the Proud Boys. Or blamed black people for throwing tins of soup… or this tweet 🤦🏻‍♀️ pic.twitter.com/zr0R73gWDJ

It was Trump campaign Senior Advisor Katrina Pierson who outed Cube’s participation in helping the president develop his “Platinum Plan” for Black Americans. Trump announced in early Oct. 2020 that he would infuse $500 billion in capital to expand upon programs his administration already established during his presidential first term, aimed at helping the Black community. She gave Ice a shout out on Twitter on Oct. 13, and the following day the 51-year-old — real name O’Shea Jackson — became a top trending Twitter topic.

Katrina wrote, “Shoutout to @icecube for his willingness to step up and work with @realDonaldTrump Administration to help develop the #PlatinumPlan”. She then provided a link to what Trump’s plan entails and added, “Leaders gonna lead, haters gonna hate. Thank you for leading!”

After Twitter users laid into Cube for working with Trump’s campaign, he put out a tweet of his own on Oct. 14, reading, “Facts: I put out the CWBA. Both parties contacted me. Dems said we’ll address the CWBA after the election. Trump campaign made some adjustments to their plan after talking to us about the CWBA.”

According to the CWBA’s mission statement, “The problems facing America are too deep and wide to simply reform one area or another. Long-lasting solutions demand a comprehensive thorough ‘rethink’ of America so that each new approach in each area supports the success of the others. This Contract with Black America will provide conceptual approaches in several areas,” including prison, police, and judicial reform, as well as financial lending reform. It also call for the removal of all Confederate leader statues and monuments, and the renaming of streets, schools and military bases that bear Confederate leader names, which is something Trump has been averse to doing.

Black people criticizing @icecube for actually helping black people is why we haven’t had nice things.

But, that changed under the leadership of @realDonaldTrump with a record of results in the community & continued success with FOUR MORE YEARS and the #PlatinumPlan

Katrina then stirred the pot more complimenting Cube’s message and tweeted, “Black people criticizing @icecube for actually helping black people is why we haven’t had nice things. But, that changed under the leadership of @realDonaldTrump with a record of results in the community & continued success with FOUR MORE YEARS and the #PlatinumPlan.”

Twitter piled on Cube for working with Trump. Activist and radio host Danny Morrison responded to Ice’s tweet by telling him, “My Hip-Hop HERO @icecube is working with the Darkside. I haven’t felt this low since Kobe passed. HEARTBREAKING. Cube, I’m not sure you understand how much we value your voice. And when we see you ‘jumping the shark,’ it KILLS us. Especially in 2020.” @WonderKing82 wrote, “trump has been on this earth nearly 8 decades, he has done absolutely nothing for Black people, so miss me with the ‘Ice Cube is working with trump to help Black people.’ All Ice Cube is to trump is a puppet to get black people to vote for him or at least not vote for (Joe) Biden.”

User @theLAUGHPAC pointed out to the rapper, “@icecube I’ve read the CWBA. I agree with a lot of it. And I don’t see ANYTHING that the Trump Campaign is cool with here. The CWBA calls for Reparations, removal of confederate statues, anti-racism classes, renaming bases with currently named after confederates – Trump is the opposite.” But a user who goes by
@ProudSocialist said, “I am with @IceCube. He reached out to Democrats and Republicans and Democrats told him to wait. They told him that now was not the right time. Now is always the right time to do the right thing. Liberals should stop trying to cancel everyone and start fighting for a better world.”