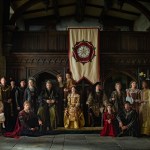 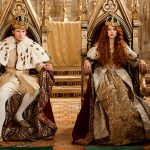 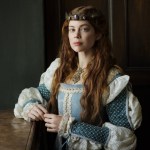 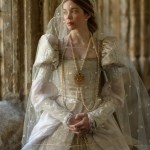 HollywoodLife spoke EXCLUSIVELY with ‘The Spanish Princess’ EPs about how part 2 is not solely about Catherine of Aragon and King Henry VIII’s ‘demise’ whatsoever.

The Spanish Princess returns for season 2 on Oct. 11. When the show picks up, Catherine of Aragon and Henry VIII are happily married and in love. However, if you know about English history, you are aware that these two do not get their happily ever after. HollywoodLife talked EXCLUSIVELY with The Spanish Princess showrunners Emma Frost and Matthew Graham about continuing to take a look at Catherine and Henry’s relationship from a different angle than the history books.

“The truth is, she was the love of his life,” Emma told HollywoodLife during the show’s virtual press junket. “They were together for 24 years. I think that’s what gets massively overlooked and what everybody thinks they know about Catherine and Henry VIII. Part of the reason we wanted to make this show was to show their origin story, if you like, and to tell that love story before we reach the point of the kind of historical stereotype, really, where he becomes this monstrous figure, and she’s the wife that he no longer wants. The truth is, it’s much more passionate, much more nuanced. It is a huge love story. And the truth is, she was crowned alongside him. That was unprecedented. That showed that he considered her his equal, and we look at how do they go from this huge love and being equals to the pain of it unraveling. Why does it unravel? It certainly isn’t a straightforward demise. There is a lot of joy and a lot of love in the story before we reach that much more bitter endpoint.”

As with the first season, the women really get to shine in The Spanish Princess — and not just Catherine. “We’ve got four or five very strong women, and they’re all spread out,” Matthew said. “We have Catherine and Lina and Maggie all in London. We have Mary Tudor, Henry’s younger sister, marrying down in France. We have Meg, the other sister, obviously married up in Scotland. For us, it was an opportunity to try and find a way of jumping between all these different women, different places, with different stakes in their lives, different points in their lives, but find a way of unifying them as well. Obviously, we based a lot of it on history and on historical facts. They did the things that we portray, but we get to go into their interior lives and see that with Meg, it’s all about her relationship with the people of Scotland and how she strives to be a good queen for them. With Mary, it’s that kicking off against their brother and saying, ‘I’m not gonna just be the person you want me to be so squat.’ They’re all quite modern.”

He continued: “The irony is, they’re inspired by Catherine. So as Catherine fights for her increasingly sort of turbulent life, these women are like, ‘We looked up to you, Catherine. You were the guiding light in all of this.’ They’re the ones who are kind of running off and doing their own thing.”

Emma noted that there’s a “fantastic story” ahead for Lina and Oviedo as well. As Lina and Oviedo’s family grows, that does impact her relationship with Catherine. “For Catherine and Lina, when you are so close to another woman, when you have this dear friend, what happens when your best friend’s got everything you’ve ever wanted? And what does that do to your relationship? So Lina and Oviedo in this season, they’re the light in terms of their relationship and the simplicity and purity of their love and their family. I think there’s a really big contrast between the increasingly poisonous world of the court and Lina and Oviedo. They’re in love, and they have this wonderful family, and Lina continues to be Catherine’s conscience. She holds a mirror up to Catherine and forces the truth out of her and won’t take excuses or denial from Catherine. I think that’s a really wonderful dynamic in the show as well.” The Spanish Princess airs Sundays on STARZ.