“I simply am an emotional person,” says Anna Clendening in an EXCLUSIVE interview with HollywoodLife about her new ep. “I write what is on my mind, in my heart, and in my life. In my opinion, why would I write anything that I have never experienced?” This unrestricted honesty is heard throughout Evolve, the 5-track EP out today (Oct.9). From acknowledging how some relationships are made because someone just doesn’t want to be alone (“Call It Like It Is”), to admitting how hard it is to open your heart (“Love Song”), to accepting yourself, warts and all (“Sorry That I Do That”), Evolve continues to cement Anna as a fresh voice and a songwriting powerhouse.

The EP also comes with a new music video for “Love Song,” a visual that contrasts the “angelic” tones against a desolate wasteland straight out of…well, 2020. “The video is a representation of all the past relationships I’ve been through (the wreckage,)” she tells HollywoodLife. “The armor I am wearing is representative of the emotional walls I’ve built. The dream is an epiphany that my old habits and relationships are dead, no longer having a hold on me.”

Anna certainly has a hold on her fans’ hearts. Since 2017, when she released her RIAA-certified Gold single, “Boys Like You,” she has amassed millions of streams with tracks like “To My Parents,” “Invisible,” and more. Her 2019 ep, Waves, racked up over 150 million streams in the first six months of her release. She signed to Atlantic at the start of 2020, marking the next step in her professional evolution. Anna explains to HollywoodLife how’s she changed since her last EP, the reception to putting her own mental struggles in her art, and who’d she love to take on tour with her once the world reopens.

HollywoodLife: Evolve is your major-label debut. What would you say is your biggest evolution since 2019’s Waves?

Anna Clendening: My biggest evolution since 2019 is finding myself. It sounds cliche, but I finally found my sound, myself, and, most importantly, an amazing team. There is no timeline or roadmap to finding the real you, and I’ve finally learned that. There is no age limit. We don’t have to be successful and know what we are doing by 18. I truly, finally, found myself and my sound.

Evolve comes with a Tank Girl/Mad Max-inspired music video for “Love Song.” I imagine 2020 had a hand in this video’s creation, but how did you settle on pairing this post-apocalyptic scene with this track?

I love the juxtaposition of the music video for “Love Song” and the song itself. The song is very angelic almost, and the video is obviously the opposite of that. The video is a representation of all the past relationships I’ve been through (the wreckage). The armor I am wearing is representative of the emotional walls I’ve built. The dream is an epiphany that my old habits and relationships are dead, no longer having a hold on me. And last but not least, the ending is me finally letting my guard down and going somewhere unknown, with no one leading me, but being completely okay and trusting. It is a fun and amazing way to show the story of the song from a completely opposite view.

You released “Sorry That I Do That” in September, a song you “wrote about [your] borderline personality disorder without even knowing it.” How has the reception been to this track?

The reception to ‘Sorry That I Do That’ has been really amazing. So many people have reached out to me saying they haven’t heard a song specific to borderline personality disorder, and they were so happy to hear this. It is a disorder that isn’t really talked about (at least for me, I had never heard of it). It’s a song you can scream along to in the car, which people have told me is their favorite part.

Similarly, how do you feel about putting your mental health struggles into your art? Does it feel like by binding them into a song, they’re easier to comprehend/handle?

I simply am an emotional person. I write what is on my mind, in my heart, and in my life. In my opinion, why would I write anything that I have never experienced? I can’t write about something I don’t know, I tell stories that are true to me. Don’t get me wrong, I love fun pop songs and heavy rap, but I love writing something true to myself. I deal with some mental health issues, and I am super vocal about it. We ALL deal with something similar in our lifetime, it shouldn’t be something people are afraid to talk about. I think music is a universal language, and it is an amazing tool to bring awareness and visibility. 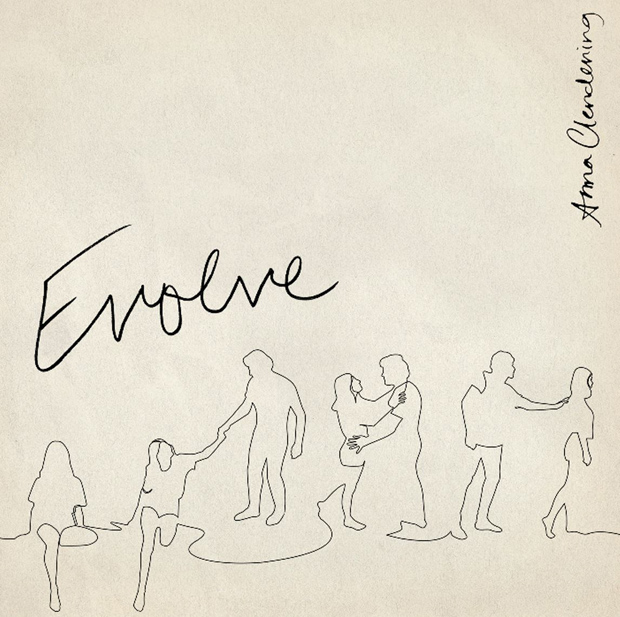 Eventually, you’ll be able to tour and perform all these songs for fans. If you could book any act/singer/group to go on your Evolve tour, who would you pick?

If I could pick anyone to tour with the songs from this EP, it would have to be Sasha Sloan. She is an amazing songwriter and has a phenomenal voice. She is so honest in her writing while at the same time, creates melodies that get stuck in your head.

Anna Clendening’s Evolve is out now.