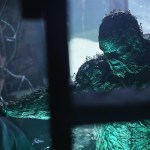 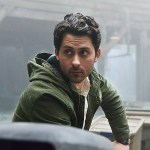 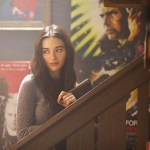 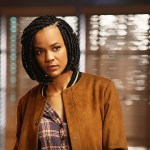 Maria Sten stars as Liz Tremayne in ‘Swamp Thing,’ which is making its broadcast debut on The CW on Oct. 6. HL spoke with Maria about Liz’s role in the town of Marais, Liz’s friendship with Abby, and more.

Swamp Thing is regenerating for a run on The CW. The series originally aired on DC Universe in 2019, but The CW is reairing the first season starting Oct. 6. HollywoodLife talked EXCLUSIVELY with Maria Sten ahead of Swamp Thing’s broadcast debut about the show. If you missed the show the first round, Maria gives a little tease as to what to expect.

“Liz Tremayne is the local reporter,” Maria told HollywoodLife. “She splits her time between reporting for the weekly newspaper and bartending at her dad’s bar, which is also obviously the perfect place to sort of dig up dirt and gossip and whatnot. She’s probably the most grounded person of the bunch. I would say she’s homegrown and from this small town in the south, and she has, the inside scoop on everything that goes on in town. She has that comfortability around her, and when everything’s going crazy around her, she sort of still is that person that keeps both feet to the ground, I would say.”

Swamp Thing begins with CDC doctor Abby Arcane returns to her hometown of Marais, Louisiana, which is being hammered by a deadly swamp-borne virus. Abby and Liz were friends back in the day, and Maria spoke about their friendship. “I think that Liz is excited about having her friend back in town,” Maria continued. “I mean, when you are from a small town, it’s always lovely to see a new face come into town, but specifically Abby because they were very close growing up. Abby was the one who left town, so I think in that sense, there’s a real excitement that Abby’s back, but there’s also concern because, obviously, she’s not back for good reasons. Things are about to go quite sideways in Marais.”

Maria stressed that Liz is a “very loyal person” and wants to “show up for other people.” She wants to help in any way she can regarding this virus, and she’s not afraid of putting up a fight. “She also has her own little feuds that she’s fighting in town with sort of the upper echelon of the politicians in town,” Maria teased. “In that sense, she is the person who just rolls up her sleeves and wants the story, wants to help, wants to get it done, and is persistent in the way that she goes about doing that.”

As for whether or not Liz will be venturing into the swamp, that’s a definite no. “Liz is a land crab,” Maria said. “She’s got her own mission that she’s doing that just happens to be on land. But it’s not that she doesn’t notice it, she just knows how to respect it as well.” Swamp Thing will air Tuesdays at 8 p.m. on The CW.