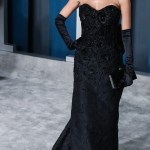 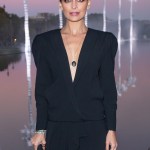 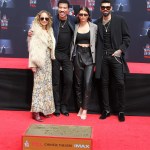 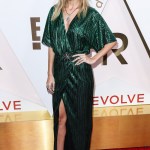 Protective mom-of-two Nicole Richie made headlines when she posed for a rare snap with her daughter Harlow this week. Here’s why she rarely shares photos of her kids.

Nicole Richie may be one of the most recognizable reality TV stars on the planet, but she keeps her kids out of the limelight. The 39-year-old shares her two children Harlow Madden, 12, and Sparrow Madden, 11, with husband Joel Madden, 41, however they rarely make appearances on her social media. A source close to the former reality TV star revealed the couple are very private and protective over their two youngsters. “Nicole and Joel are very private when it comes to their kids. They have tried their best to raise them to be really normal and not in the Hollywood spotlight which is why you don’t see them photographed much at all,” the insider told HollywoodLife exclusively.

The source added, “They’d be fine with them being musicians or behind the scenes, but Nicole really doesn’t want her kids to grow up and be actors unless that’s really what they want to do. She’ll allow that maybe once they’re older and can make their own decisions, but you won’t ever see them doing any of that now while living under her rules.”
It seems the young duo are the farthest thing from stereotypical Hollywood kids, as our insider continued, “She’s also a really strict mom when it comes to things. She doesn’t let them eat much sugar even for special occasions, processed foods, stuff like that. They’re very normal, well rounded and smart kids and that’s how she wants to keep it. She doesn’t want them to be typical Hollywood kids at all. She wants them growing up differently than she did.”
It comes just a few days after Nicole posed for a rare pic with little Harlow, and her younger sis Sofia Richie. “My favorite trio,” Sofia captioned the sweet shot, which showed the three girls looking like twins! The mirror selfie was captured in the reflection of a gold frame mirror that was set up in what appeared to be a cozy backyard, in celebration of Sofia’s 22nd birthday.