To make the video for their new vibrant slice of sun-kissed indie-pop, Summer Salt recruited fans from around the world to animate ‘Palm Tree On Avenue G,’ a song that they tell HL has a special place in their history.

After watching the new video from Summer Salt, who wouldn’t want to live in the world of “Palm Tree on Avenue G”? The colors are rich in the visual, premiering here on HollywoodLife, and the problems of the world seem so far away. There’s a dog with one eye, a cat that climbs across the fence, and an overwhelming sense that, no matter what life throws your way, you will persevere. The band – vocalist/guitarist Matthew Terry and drummer Eugene Chung – captures this enduring optimism with their enchanting new song, but to really convey this vibe, they needed a little bit of help from their friends.

“Palm Tree on Avenue G” features the artwork from over 100 fans. Each was assigned a scene and provide a frame template. Other than that, they were given full creative control, an opportunity to contribute their own unique voice on the project. Submissions came from all around the world – Vietnam, Argentina, Brazil, Israel, Mexico, the Philippines, and the United States. This collaborative collective art project is the perfect mate to the song, a magnificent dose of dreamy indie pop that’s as refreshing as a cold drink on a hot afternoon. 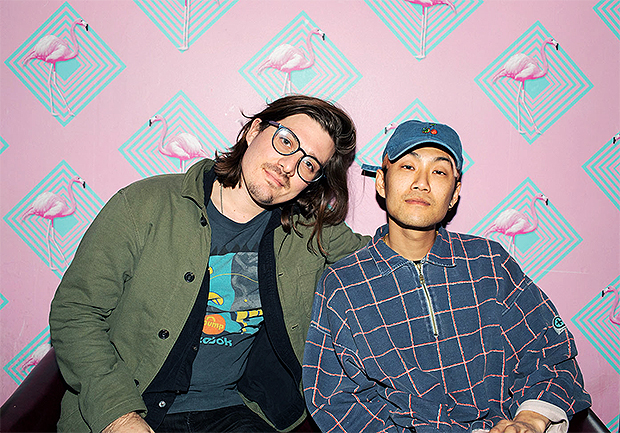 The track comes from the band’s newly released EP, Avenue G. As to the inspiration behind this four-track project (and the album’s spiritual title track), the band gets philosophical while getting geological. “Avenue G is now a landmark for us, in the heart of Austin, Texas, where we started,” the band shares with HollywoodLife. “We wanted to make an EP dedicated to that and start a chronicle for songs that we wrote when we were younger, revisit them, and bring them back to life. I think it’s a nice way of revisiting the past and displaying our history musically through lyrics and the songs.”

“It’s interesting in writing,” the band tells HollywoodLife, “A lot of time, you find yourself outgrowing something whether that be the musicality of the song or the message of the song itself, but those moments lived in our history, and there will always be others who can connect, relate, and find inspiration for the message even if that’s not where we are today. [We] think that’s why this felt nice and exciting for us.” 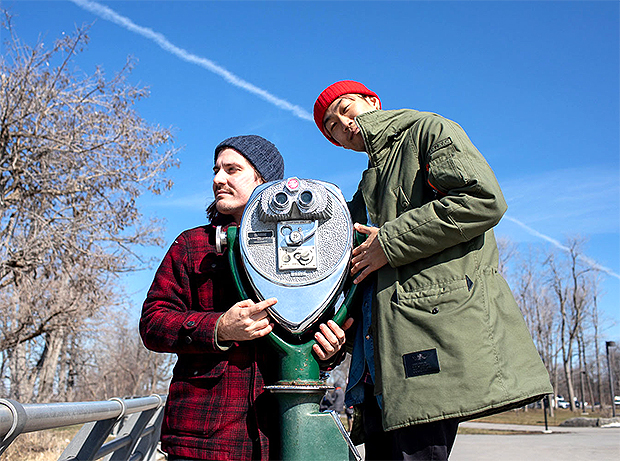 Avenue G is Summer Salt’s first project since 2019’s Honeyweed, a mixture of Brazilian tropicalia and 60’s folk, and Favorite Holiday, Vol. 1, an album collecting previously released material. A connecting theme from these and all their releases – 2012’s Driving to Hawaii, 2015’s Going Native, and their full-length debut, 2018’s Happy Camper – is not just an intriguing take on classic melodic pop. It’s a call for fans to truly appreciate what they have and who they are. It’s a call to find your own palm tree on Avenue G, or wherever paradise might be.

Avenue G is out now.