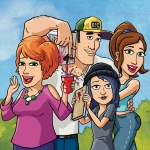 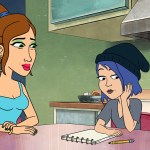 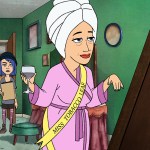 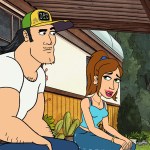 ‘Bless The Harts’ returns for season 2 on Sept. 27. HL spoke EXCLUSIVELY with the creator about what’s ahead, a new guest star, and more.

The Harts are back with more shenanigans in season 2. HollywoodLife got the EXCLUSIVE scoop from creator Emily Spivey about what’s coming up for Jenny, Betty, Violet, Wayne, and even Jesus on Bless The Harts. She teased that the show “picks up with just a core story with Jenny and Betty and Violet. It’s the summertime, but Violet’s been sneaking off every day. Jenny and Betty are really worried that she’s sort of growing up too fast and about to engage in the naughty childhood behavior that they engaged in. They get really suspicious and start following her around. We start with some just core family stories that are personal and funny and relatable, hopefully.”

At the end of last season, Jenny and Wayne almost got married but ended up chickening out at the last second. Despite no marriage, they’re still going strong in season 2. “They’re still very much involved and very much partners in raising Violet,” Emily said. “The one thing we had fun this coming season with was exploring Wayne being a father and being on his own with Violet more and how she takes advantage of his sweet nature and the mischievous side of violet. That’s really funny. She and Wayne are really funny together. We’re just continuing to explore all the different facets of their untraditional relationship as a sort of non-traditional family.”

As far as Jenny and Wayne getting officially married in the future, Emily is keeping an open mind. “I think we’ll see where it goes. But for some reason, I think Jenny is just allergic to getting married,” she told HollywoodLife. “I think she is so codependent with Betty. I feel like Wayne could definitely wrap his head around it, but Betty and the girls maybe not. But we’ll see. I mean, I think that could be really fun.”

Season 2 will feature a number of guest stars, including Christopher Meloni. He’ll be playing a detective in the show, a nod to his past on Law & Order: SVU. “He was so funny,” Emily said about Christopher. “We laughed so hard. I just watched the animatic for the episode he’s in. He’s so funny. He should do a lot more comedy. He has the funniest voice and immediately got all the nuances of this little part and just knocked it out of the water. We’re probably going to have him come back.”

Jesus will also be coming back in season 2, and Emily has big plans for him. “He’s going to come out into the world a little bit more,” Emily teased. “There might be another character that sees him other than Jenny.” Bless The Harts season 2 airs Sundays at 8:30 p.m. on FOX.