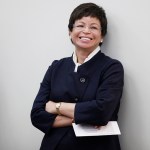 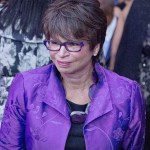 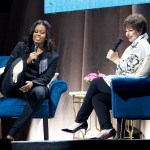 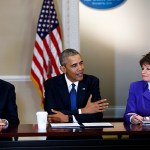 Many Americans may be wary of voting in person on Nov. 3, but you can still make your voice heard at the ballot box. When We All Vote co-chair Valerie Jarrett explains how.

Election Day may be six weeks away, but Valerie Jarrett thinks it’s never too early to figure out how and when you’re going to vote.

“I think everyone should have a plan,” says Jarrett, who is one of the co-chairs of Michelle Obama’s When We All Vote, a voter registration initiative.

“The plan should be, beginning today, confirm that you’re actually registered to vote,” she tells HollywoodLife of the essential first step. (Click the link above and fill out the form to check.)

It’s an important message, especially this year when Election Day, Nov. 3, falls in the middle of a deadly pandemic when millions of people – understandably – may feel trepidation about voting in person. Standing in a long line, potentially for hours, is not a reassuring prospect when a highly infectious disease is at large.

That’s why Jarrett wants people to think ahead about casting their ballot in a safe way and in good time. “Figure out whether you are more comfortable voting by mail, where there is no evidence of vote fraud,” she says. “But we do have to worry about whether the Postal Service will be able to accommodate a huge influx of mail at the last minute. So, part of your plan should be voting by mail early, if that’s what you want to do.”

Jarrett’s comment about the credibility of mail-in voting is important at a time when President Donald Trump repeatedly casts doubt on the legitimacy of the method – one that both he and his family use. (On Sept. 17, for example, Trump tweeted that, “unsolicited ballots are uncontrollable” and open to “election interference.” Twitter flagged the post, accurately noting that voting by mail is “safe and secure.”)

Still, if you do want to vote in person, Jarrett suggests finding out where you can do that in your neighborhood before Nov. 3. “If you want to vote in person, then you should figure out, what are the hours?” she says. “Is there early [voting] available in your community? If so, I would encourage people to vote early, because that way we will not have a huge influx [of voters] on Election Day. But, yes, make a plan. And, when you’ve made a plan, tell all of your friends to make a plan too.”

It’s invaluable advice from a woman who plays a major role in When We All Vote, the non-profit, which encourages people to actively engage in the political process. The non-partisan effort includes a number of high profile drives including Kevin Hart’s VOMO: Vote Or Miss Out comedy special, which aired on ABC on Sept. 14. (See the clip above.) HollywoodLife is also partnering with When We All Vote to get the message out.

Making your voice heard is more than just a “basic responsibility of citizenship,” Jarrett says. “Our government will only be as good as we the people demand that it be and one of the ways that we could use our voice, is through voting.”

She adds, “After we vote we should then hold those elected officials accountable, but we have to participate in the democracy. Our lives are literally at stake and for us to abdicate that responsibility and cede it to others means that our values and our priorities won’t be represented.”

Jarrett – who is a personal friend of the Obamas and was a senior advisor in the Obama administration – wants people to know that this election isn’t just about the top of the ticket. It’s not just about who you want to be in the White House. “Whether it’s the President of the United States, or your local mayor or state legislature or governor, all of these offices affect our lives. I think that part of what we have to do is to be educated voters as well, and we should look at how different candidates would approach issues that are important to us. So, being an educated, informed voter is a basic responsibility [for a citizen].”

“When We All Vote is designed to change the culture in our country around voting. It’s not about any one candidate or even one election,” she adds. “It’s really to encourage people to appreciate that those in elective office affect our daily lives and our livelihood.” Speaking about women specifically, she says, “I think it’s important that we are actively engaged in the electoral process because we have much to either lose, or gain, by it.”

For more information about how to get involved and to check if you’re registered to vote, go to WhenWeAllVote.org. Meanwhile, if you want to register to vote, fill in the Rock The Vote form below: