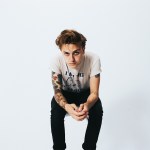 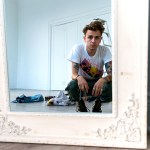 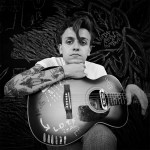 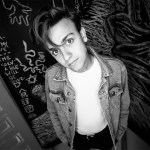 Fresh off of releasing his new album, Scott Hellman shares with HL the ‘uniquely’ personal ‘experiences’ that went into ‘Nonsuch Park,’ the inspiration behind his song ‘Lois,’ and more.

There’s a lot of thought behind everything that Scott Helman puts out, and with his new project, there’s also a lot of heart. Nonsuch Park (sa), released on Sept. 4, is the first installment of an album series, and it contains his previously released “Wait No More” and “Everything Sucks.” It also closes out with “Papa.” It’s a tribute to Scott’s grandfather, Alan, who passed away last year while the young Canadian singer was on tour, and their close bond is evident in both “Papa” and the touching video released along with the song.

“The song is about loss,” Scott shares EXCLUSIVELY with HollywoodLife, “and like the video, I really just wanted to be honest and vulnerable.” While Scott’s grief is woven deep into the fabric of Nonsuch Park – named after an actual park where his grandfather lived – the project, like Scott, is a multi-faceted experience of joys (“Lois”), frustrations (the previously mentioned “Everyday Sucks”), and more. Scott spoke with HollywoodLife about the new project, the elements that inspired “Afraid of America,” and the last thing that made him feel like he could fly like Superman.

HollywoodLife: Nonsuch Park is named after a park that was near where your late grandfather lived. You’ve spoken about how important he was to you and included the touching tribute, “Papa,” on this album. First off, my condolences. Secondly, your pain of losing this person is uniquely yours. What motivated you to share this with “Papa” and name the album after, essentially, your grandfather?

It’s funny you say that – my pain is uniquely mine. I think that’s the hard thing about suffering. No matter how we hurt, it’s so hard to feel seen and heard and understood. I just got off the phone with a close friend of mine whose grandfather lived in Sweden, and he told me he cried pretty hard when he heard the song. I think it’s really beautiful how our experiences with our grandparents are so deeply similar and he was able to connect on such a personal level.

But the song is about loss, and like the video, I really just wanted to be honest and vulnerable. At the end of the day, even if people can’t relate specifically to every detail of your story, being vulnerable is just as valuable because it shows the listener that they too can break down in public or declare their hurt to the world.

During the last time we spoke, you came off as someone thoughtful when it comes to his artistic output. Though the title is related to a specific element of your life, is there an overall message or theme to this album? Is it a “here’s where I’m at right now” snapshot, or is there more of a connecting thread with every song?

Thank you! I try my best!

I think it’s a bit of both. The fact that there’s still a whole other side to this album that no one has ever heard is fun for me. I’m excited for people to hear this thing in its entirety, and I know when it’s all finished, those themes will be reinforced and expanded upon.

I think its really just songs that I love. But when I had them all together and then wrote “Papa,” I realized how deeply he influenced me, my thinking, my sensibilities, and my passions. Even a song like “Lois.” I always think about how much he loved my Grandma and how dedicated he was to her.

I see the interludes as the glue that holds it all together. They give the record more weight. It’s unfinished still, and I’m excited to be going through the process with my fans.

It’s easy to see “Lois” becoming a huge hit, especially since songs about Superman resonate with people. But, you also construct the narrative that Superman doesn’t reach his full potential, despite his near omnipotence, without a profoundly human motivation (aka the love for Lois.)  What inspired this song?

“Lois” is the only song I didn’t write from the start. It’s weird for me because I’m a songwriter at heart, and I like to be deeply involved at all junctures of music creation. But two people I’ve been working with for most of my career kinda wrote it for me. It’s hard not to feel honored that someone would do that for you. The second I heard it, I knew it was a special song.

It means a lot of things to me. Mostly that I wouldn’t be anywhere without my girlfriend, Katya. She’s the love of my life.

What was a recent “Lois” for you? Aka a motivation for you to fly higher than before.

COVID was a huge obstacle. I think that’s true for everyone. I was ready to move to LA. I had my bags packed, and a lease signed. It was hard to admit that wasn’t going to happen anytime soon. But it’s the longest I’ve been with my girlfriend for a long, long time. She brings so much joy to my life – The best motivation is meaningful love, and a love like that gives weight to everything you do.

Was there any particular moment that motivated you to write “Afraid Of America?” You certainly had a plethora of things to choose from.

It was really inspired by my tentative move. Me and Kat had some long talks about it; how scary it was to be going to the US, but also how exciting it was. I thought that disparity was interesting. I think a lot of people feel that way about the US, even people from there. You can get so high and drop so low, and the idea of going there is like a storm of worry and excitement and fear.

Finally, 2020 will go down in history with a lot of negatives attached to it. What’s a positive thing that happened to you this year – you can say the release of Nonsuch Park – that has kept your head above water during the past nine months?

Releasing the first half of my album!!!!!!! But also: learning to bake sourdough, learning to stick and poke, spending time with my girlfriend and my cat.

Nonsuch Park is out now.