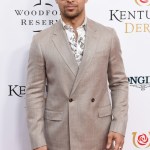 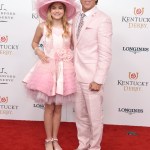 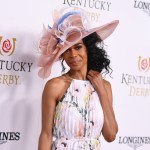 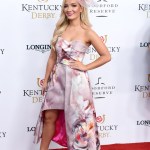 After COVID-19 delayed the 2020 Kentucky Derby, the ‘Fastest 2 Minutes In Sports’ takes place today, Sept. 5. Here’s how to catch every second, who’s the horse to watch, and more info you need to know.

Commonly held when spring is in full bloom, the Kentucky Derby will take place just a few weeks before the first day of Autumn. The 2020 event, delayed due to the COVID-19 coronavirus pandemic, will take place on Sept. 5, 2020. Fans of the “Run for the Roses” will have to start their day with a cup of pumpkin spice-flavored coffee before switching to Mint Juleps – and they’ll have to watch it from home! The 2020 race will still be held at Churchill Downs in Louisville, Kentucky, but it will be done in front of no fans. That doesn’t mean that you have to miss it. Here’s how to watch the 2020 Kentucky Derby, along with the scoop on who’s the heavy favorite, and when the Triple Crown will wrap up this year.

The Kentucky Debry will air on NBC and on the NBC App. As it has been for years, the Kentucky Derby will be broadcast on NBC. The network will show the 146th running of the Derby live on TV, on NBCSports.com, and on the NBC Sports App. You will need a television subscription – aka a cable or satellite package – to watch along. You can also watch on streaming services that offer NBC (Hulu with TV, YouTube, SlingTV, etc.) Post Time is approx. 7:01 pm ET, so don’t miss the race called “the fastest two minutes in sports.”

Who’s the favorite to win? For the first time since 1969, the Kentucky Derby didn’t kick off the Triple Crown in thoroughbred horse racing. The Belmont Stakes — held at Belmont Park in Elmont, New York – usually close out the Triple Crown, but instead, they were held on June 20. During the race, Tiz The Law, a three-year-old horse owned by Sackatoga Stable, won the race by 3 ¾ lengths. The race was shortened from 11/2 miles to 1 1/8 miles, but after the horse got out from behind Tap It To Win, there was no catching him. He’s ridden by Manuel Franco, and this was his first Triple Crown series win.

However, Tiz The Law lost at Churchill Downs in November, finishing third in the Kentucky Jockey Clubs Stakes. It’s the horse’s only loss. So, perhaps the Kentucky dirt will be the Law’s undoing? Other horses to watch for: Honor A.P, Authentic, and Ny Traffic.

There will be no fans. There was early talk about letting in a small percentage of fans to watch the race, but that has been scrapped. Kentucky has seen an uptick in COVID-19 cases, per the Lexington Herald-Leader. 906 new cases were reported on Thursday, pushing the total number over 50,000. It’s the third-largest daily increase since the outbreak began. So, the only way to see all your favorite celebs in their extravagant hats is to check out these galleries of stars attending past races – and hope that they post some shots on Instagram.

“Churchill Downs and all of our team members feel strongly that it is our collective responsibility as citizens of Louisville to do all we responsibly can to protect the health, safety, and security of our community in these challenging times and believe that running the Derby without spectators is the best way to do that,” the track issued a statement, per CBS Sports. So, no fans.

What’s next? If Tiz the Law takes it, then he might be on his way to winning the Triple Crown. All he’ll then have to do is win the Preakness Stakes, which will take place on Oct. 3 in Baltimore, Maryland.