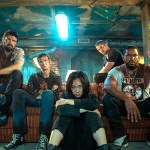 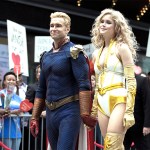 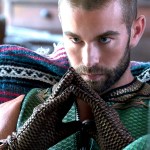 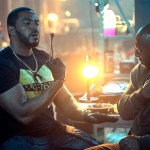 ‘The Boys’ ended season 1 with an epic cliffhanger: Becca Butcher is alive and has a kid with Homelander. HL spoke EXCLUSIVELY with Karl Urban about Butcher’s future with Becca and more.

The Boys left us all with our jaws on the floor in the final moments of season 1. Homelander gave Billy Butcher the shock of his life by showing him that Becca Butcher is alive, and she has a son fathered by the murderous Supe. HollywoodLife talked EXCLUSIVELY with Karl Urban about Butcher’s arc in The Boys season 2 following that insane twist.

“The revelation that Becca Butcher is alive is a complete game-changer for Billy Butcher and really sets the course of his entire journey through season 2,” Karl told HollywoodLife during The Boys season 2 press junket. “Fighting Vought is still a priority but getting his wife back comes to the front of the burner. He needs the help of the Boys to do that, and at the end of season 1, Butcher turned his back on the Boys and let them sort of rot in a Vought security holding, so it’s not an easy task for Butcher to win back the Boys.”

Speaking of the Boys, HollywoodLife also spoke EXCLUSIVELY with Laz Alonso about how Mother’s Milk feels about Butcher abandoning the crew when they needed him the most. Laz noted that Mother’s Milk is never going to let it be known publicly how hurt he was by Butcher’s abandonment. However, Laz said that “in private he is going to have those conversations with Butcher, attempting to get some answers and force Butcher to get in touch with his own humanity that, as things get worse, he gets more on this rampage to rescue his wife [and] he starts losing sense of where boundaries may lie.”

Butcher didn’t get a chance to catch up with Becca after years of thinking she was dead. Now that she has a kid with Homelander and never reached out to him, does Karl see a future for Butcher and Becca?

“It is Butcher’s dream to reunite with his wife,” Karl continued. “He wants the life that he had. He wants the life that was ripped away from him 7 years ago, and in his quest to reunite with her this season, it sort of takes you on a bit of an existential journey. We come to understand more about Billy Butcher and how he came to be the way he is. We realize that there were certain innate, darker qualities to him that were present before he met his wife, so it’s a huge season for Billy Butcher. There’s a lot of growth, and it’s quite an epic journey.” The first three episodes of the second season of The Boys will premiere Sept. 4 on Amazon Prime Video, with new episodes airing weekly after that.