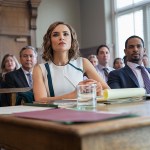 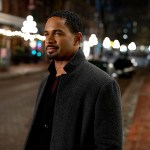 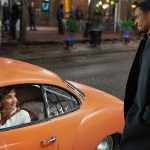 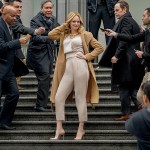 Rachael Leigh Cook returns to the rom-com scene in Netflix’s ‘Love, Guaranteed.’ She spoke EXCLUSIVELY with HL about still embracing rom-coms 21 years after ‘She’s All That.’

Everyone’s favorite rom-com queen is back with Love, Guaranteed, which is on Netflix now. The film follows Susan, played by Rachael Leigh Cook, a lawyer who is trying to save her small law firm. She takes a high-paying case from Nick (Damon Wayans Jr.), who wants to sue a dating website that guarantees love. As the case develops, so do Susan and Nick’s feelings for each other.

HollywoodLife talked EXCLUSIVELY with Rachael about her involvement with Love, Guaranteed. She was involved in all aspects — in front and behind the camera — which was “tremendously fulfilling.” She discussed feeling right at home in the romantic comedy space and why the “heart” of rom-coms will never change. Read our Q&A below.

You pulled triple duty with Love, Guaranteed. You starred in the movie, you helped create the concept for the film, and you produced it. Is this the start of a new chapter of doing more behind-the-scenes work?
Rachael Leigh Cook: I certainly would think so. I’ve been producing for several years now, on paper longer than several. But I wouldn’t say that it’s been until roughly the last five years that I’ve earned that credit creatively or in terms of logistics. It’s been tremendously fulfilling. I love coming up with a story, and I love the development process, as frustrating as it can be at times. This concept sort of came to me all at once, and I am so lucky that we had the caliber of writers — Elizabeth Hackett and Hilary Galanoy — because they rounded out the entire world. There’s no way that I could do what they do. Their talent is just absolutely incredible.

You star alongside Damon Wayans Jr. What was the casting process like for him? Your chemistry is really great.
Rachael Leigh Cook: Damon doesn’t make it difficult. He’s obviously a handsome and charming guy, but he’s also just this perfect mix of… I keep saying this, but it’s just such a testament to his range as an actor, that he really seems like someone who is worldly and aware and also completely charming. You could easily find dozens and dozens of guys around LA who can play the handsome charm thing, but you wouldn’t believe that they’ve suffered a day in their life. Whereas with Damon, he instantly and effortlessly comes across as a deeply dimensional human, and that’s why a good romantic comedy has somebody who is imbued with a lot of inherent identity, which he brings.

What did you love about bringing Susan to life? She’s such an inspirational character. The courtroom scenes were awesome.
Rachael Leigh Cook: First of all, thank you times 1 billion. In my heart, I am one of those adults who still has trouble believing that I am one. For example, aren’t you sort of surprised when people who are even younger than you treat you like you know things? If you know what I’m talking about then you know how I felt playing someone with a “real job.” I definitely had imposter syndrome the whole time I was striding around the courtroom in power suits and thinking to myself, “I hope people believe this.” So I put on my best procedural voice, and I think it came across okay. I remember hoping that it came across normally because I still have trouble believing that I can be taken seriously as a human.

You did She’s All That 21 years ago, and that movie is such a classic rom-com. Now that you’ve done Love, Guaranteed, have you found that rom-coms have changed over the years or do you think the core of them is still very much the same?
Rachael Leigh Cook: The heart will never change. The innocence has diminished, of course, but the inherent idealism necessary to make them successful never will. For example, the sort of filter that we all see John Hughes movies through when we think back on it being such a more innocent time, it’s in the rearview exponentially faster and farther away. Movies like Bridesmaids, which is a fantastic romantic comedy, is a million miles from that. Sixteen Candles and Bridesmaids are excellent movies, so I love working in that genre. I feel lucky to work in that genre. I never liken myself to the greats, but it’s certainly my favorite place to be.

After She’s All That became such a phenomenon, was there ever a time that you wanted to shy away from romantic comedies?
Rachael Leigh Cook: What’s funny is that much of it was always my own personal taste. It’s always where I’ve been personally the happiest. There’s an angsty moment that we all have to fulfill in our younger years, but I also found it very necessary to be taken seriously as an actor. I needed to diversify swiftly and often from the thing that gave me my big first “break,” if you will. I did that as much as I could. The indie scene was very prolific and vibrant in the early aughts, and I did make a good living and have a lot of very cool out of the box opportunities in that world. Do I regret not trying to secure my position further as the go-to source of romantic comedy in those years? No, not really. But it certainly feels good to be back.

Love, Guaranteed explores today’s blessing and curse of trying to find love on dating apps. What was it like diving into love in the digital age?
Rachael Leigh Cook: For as many opportunities as it affords you to meet the love of your life, it affords you equally as many opportunities, if not more, to be wildly disappointed, let down, and rejected. There are a million more avenues for us to create edge-of-your-seat rom-com entertainment, yet meant with full irony. It’s exciting from a storytelling perspective and terrifying from a life perspective.