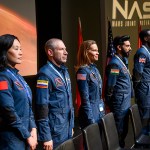 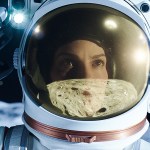 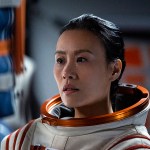 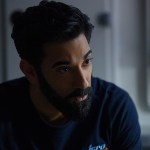 Hilary Swank is headed to Mars in her new series ‘Away.’ HL spoke EXCLUSIVELY with showrunner Jessica Goldberg about Hilary’s dream of being an astronaut, bringing authenticity to a space drama, and more.

Netflix’s new series Away, premiering Sept. 4, is an epic emotional drama that follows Emma Green (Hilary Swank) as she leads an international crew on the first mission to Mars. Emma juggles the weight of the mission and leaving her husband and teenage daughter behind. As the crew gets closer and closer to Mars, their relationships with those still on Earth get even more complicated. The stakes have never been higher.

HollywoodLife talked EXCLUSIVELY with showrunner Jessica Goldberg about tackling a space drama. When casting the role of Emma, Jessica and her team knew that Hilary had the “mental discipline as well as the physical discipline” to be an astronaut. Jessica also discussed the intense training for the Away astronauts and how she worked with a real-life astronaut to make this story feel as real as possible.

You’ve worked on a number of different shows like The Path and Parenthood. Why did you want to tackle a space drama?
Jessica Goldberg: Well, there were two things that really drew me into this show and wanting to work on it. The first was it’s such a divisive time. Even over a year ago, when I first got involved with the project it was — and it’s even more so now — this dream to work on something that was about the world coming together for exploration, for good, for the best of humanity. It just felt like such a positive thing to work on right now. And then the second reason was it was like the ultimate working mom’s show. I’m a single mom to my daughter who just turned 13. I felt like I had never really gotten to see that story articulated with someone who loves their work, they love their child, they love their family, and just all the complications of that. So for me, that was a really personal way into the show.

At the center of the show is the amazing Hilary Swank. Was was the process like to cast her? Was she always someone that you had in mind?
Jessica Goldberg: We would sit there and be like: we really want to believe that our actor could be an astronaut. Hilary was one of the first people we thought of. I had been in love with her acting. I wanted to write characters from Boys Don’t Cry and Million Dollar Baby. Those movies made me want to stretch the way I told stories. Me and Andrew [Hinderaker] and Jason [Katims] just believed that she has the mental discipline as well as the physical discipline to be an astronaut, and then she would give us those other parts of the vulnerability. She could bring all that to the table. We knew that. We just got so lucky because when we sent her the script, she said that she had had a dream of being an astronaut when she was a kid. It was a part she always wanted to play.

Hilary is surrounded by an incredible ensemble cast. How did you cast the rest of the astronauts?
Jessica Goldberg: It is such an amazing cast, and that’s another one of the reasons I wanted to work on this… this idea of doing something so international. Vivian Wu is a big star in China. Ato Essandoh, who plays Kwesi, we first saw him on tape. The part was originally that he was Nigerian, and when we kept Ato his family is from Ghana so we actually changed that. Everybody became a part of the fabric of the storytelling. Mark Ivanir, who plays Misha, you might recognize him more. Ray Panthaki we also saw on a tape. He was from England, and we just thought he was just sparkling. It was just so exciting to look in all these different countries for factors. That part of the show is so exciting to me.

With them playing astronauts, did they have to go through a physical training process?
Jessica Goldberg: So we brought them out a couple weeks early to Vancouver, and they went through a whole space camp. We had an astronaut, Mike Massimino, who’s been in space many times, he came out to talk to the actors. Then we did all this wire work. It’s incredibly difficult. You have to have a very strong core. They went through a whole camp about how to move. And then, the movement on the moon is different than the movement in space because there’s different gravity. There’s gravity on the moon, so it was quite an experience for all of them.

With anything space-related, there’s a lot we do know, and a lot we don’t know. Did you have technical consultants on the show as you navigated what a journey to Mars would be like?
Jessica Goldberg: We got so lucky because Mike Massimino had always told the story about how The Right Stuff had made him want to be an astronaut. When he read the script [for Away], he was like, ‘God, this is the kind of thing that’s going to make people get interested in the space program.’ So he wanted to get involved, and then NASA just loved it. They’ve been a huge, huge resource to us. We even got to shoot at Johnson Space Center. We got to go to JPL [Jet Propulsion Laboratory] last year when a rover landed on Mars. We’ve had so many consultants just so willing to talk to us about all aspects of engineering. That embrace has really helped the show feel authentic. To me, I don’t even look at the show and think science fiction. This is basically what it would really be like to go to space, so we tried to always start from that place.