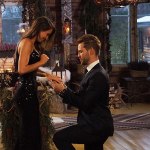 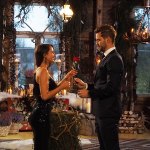 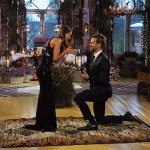 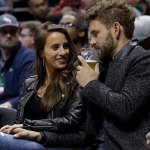 HollywoodLife spoke EXCLUSIVELY with ‘The Bachelor’ alum Nick Viall about his status with ex Vanessa Grimaldi post-split and reuniting with her for his new show.

Nick Viall, 39, and Vanessa Grimaldi’s relationship didn’t make it out of 2017, but the exes are in a really good place today. “The lines of communication are open,” Nick told HollywoodLife EXCLUSIVELY when discussing his new Patreon series, Nick V Talks Trash TV: A Bachelor and His Exes Tell All. “It’s not as if we’ve decided to be best friends and talk on a regular basis, but obviously it kind of left the door open to feel really comfortable to reach out to her and wish her congratulations when she got engaged. I think that happened two weeks after we recorded the episode. So I think that’s kind of where it’s at now.”

Nick and Vanessa, 32, fell in love during his season of The Bachelor. Nick proposed to Vanessa during the season 21 finale, which aired in March 2017. Unfortunately, they split a few months later in Aug. 2017. Vanessa recently got engaged to Josh Wolfe in Aug. 2020, and Nick sent his best wishes.

Despite their split, Nick and Vanessa aren’t afraid to talk about their relationship. Nick’s new 10-part Patreon podcast series, Nick V Talks Trash TV, will feature Nick sitting down with Vanessa. Their episode will drop Sept. 1. Nick revealed how he got his ex on board with the project.

“I just kind of reached out, and I wasn’t really sure what she would say,” Nick said. “But I didn’t really have to do any convincing or anything like that. I think it was kind of one of those classic cases in the real world where two people date and then for whatever reason just kind of decide it’s best not to keep in touch. But then, as time passes, it gets a little easier to do that, and you can probably have an honest conversation about maybe even some questions you have that it’s better to have answers than to not, so to speak. It’s one of the things where you don’t really get closure, but if you get it, even if you don’t care as much anymore, it’s still nice to have. I think we were both kind of nervous going in. But we were both happy when we were done doing it.”

ABC will be taking a look back at Nick’s season during its Aug. 31 episode of The Bachelor: Greatest Seasons — Ever! His season featured many fan faves Raven Gates and Rachel Lindsay, who ended up becoming the star of The Bachelorette season 13. In his Patreon series, Nick will be catching up with the other women he got close with on The Bachelor.

“It was just really fun to kind of catch up with many of the women from my season and kind of recap my season in a tell-all format podcast recap,” Nick told HollywoodLife. “It was really fun. It just started with this idea of doing a fun recap, and then I got this idea of seeing if the women wanted to be part of it. They all did and I also asked Vanessa, and that was kind of interesting because I hadn’t really had a chance to talk to her all that much. We just hadn’t talked, and it ended up being a lot of fun and really interesting. I think when it was all said and done everyone just had fun doing it and catching up. I think we all kind of learned about our perspective on certain situations, and it was just a fun thing to do.”