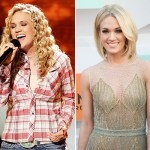 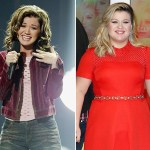 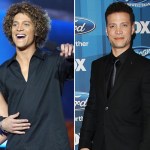 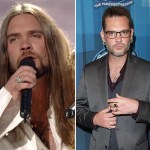 Colton Dixon’s wife, Annie Dixon, took to Instagram to happily announce the birth of their twin daughters with a sweet black and white photo that revealed their names and birth details.

Colton Dixon‘s baby girls are here! The 28-year-old American Idol alum and his wife, Annie Dixon, became a party of four on Aug. 18 when their new daughters, Athens Elizabeth and Ava Dior, were born. Annie shared a memorable black and white photo of the sweet babies’ feet on Aug. 22 and it revealed their names and their birth weights. “Baby girls are here 😍😍😍 we have taken a few quiet days to enjoy their presence ☺️Ava Dior and Athens Elizabeth, your parents are CRAZY about you!” Annie captioned the post.

Baby girls are here 😍😍😍 we have taken a few quiet days to enjoy their presence ☺️ Ava Dior and Athens Elizabeth, your parents are CRAZY about you!

Colton also shared a similar photo to his own Instagram with the caption, “Everyone meet Ava Dior and Athens Elizabeth Dixon 😍😍😍.” Both of Annie and Colton’s posts were met with many positive and kind words from their followers.

Colton and Annie first announced they were expecting their first child in Feb. Although they initially thought they were just welcoming one bundle of joy into the world, Colton shared a sonogram pic just a few weeks later in March, and revealed they were going to welcome two! “Thought we were just going in for our first ultrasound for our first child…….turns out it was for our first TWO kids 😳😂!!! We’re having TWINS!!!!!” he captioned the pic.

Going to teach the twins to follow in our footsteps …… 😏

After Colton and Annie announced the pregnancy, Annie shared several gorgeous baby bump photos of herself on social media and each one proved how excited she was about becoming a mom. Colton also shared an adorable photo of four pairs of matching sneakers, which can be seen above, and it included two adult sized ones and two baby sized ones. “Going to teach the twins to follow in our footsteps,” he wrote alongside the cute pic.

Colton and Annie were married in 2016, four years after the talented singer made quite the impression while competing on American Idol during the show’s 11th season in 2012. He was one of the front runners but eventually ended the season in seventh place. He’s released four studio albums of his own since then.

Congratulations to Colton and Annie!