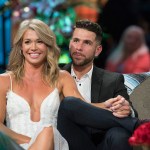 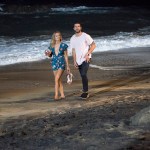 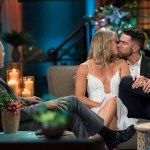 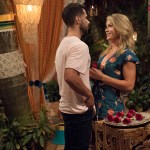 Chris Randone claimed that he ‘just got the paperwork’ for his divorce with his ‘BiP’ co-star, Krystal Nielson! The ABC star even admitted that he’s had ‘a lot of crying moments’ after their split.

Bachelor in Paradise stars Chris Randone and Krystal Nielson, both 32, have taken the first step to make their split recognized by the legal system. Chris revealed that he “just got the paperwork not too long ago” to divorce his estranged wife, Krystal, while speaking with Us Weekly in an interview that was published on Aug. 20. “It’s becoming more real, the separation, which you know, is, you know, obviously turning into a divorce,” he told the outlet.

Chris — who was promoting his new book that he co-authored with Eric Bigger, Change Your Mindset, Change Your Energy, Change Your Life — further revealed that the separation has been “a crazy process,” but clarified that he’s still legally married. “You know, it’s, it’s something that is a memory now,” he continued. “But here’s the interesting thing. I look at this as like a moment of gratitude and I know that’s probably crazy for anyone to hear this, but you know, you always got to come from a place of love and compassion. There are just things in life that you can’t control.”

Chris maintained this appreciative attitude in the rest of the interview. “And I’ve accepted that, but more importantly, I’ve also looked at it as I’m grateful for those few years,” he added, saying that he has “no regrets” when it comes to his romance with Krystal. But now’s not the time for relationships. “I think I had so much energy putting into the relationship that I abandoned myself,” he admitted. “And so now, I’m making sure that I’m a priority and I’m going to be focusing on what’s going to help me become better moving forward.”

Still, Chris had his moments of weakness after he and Krystal announced their split in Feb. 2020. “I definitely had a lot of crying moments during this pandemic, but you know, what’s crazy is I think the pandemic helped me process the divorce. [It] legitimately helped me understand myself, helped me understand the pain, the grief,” Chris said, since he couldn’t go out and “get drunk” as a coping mechanism, or be “distracted with the outside world.” HollywoodLife has reached out to Krystal’s rep for comment.

On a side note…I miss my wife #TheBachelor

It had only been eight months since Chris and Krystal tied the knot in Mexico, which aired in Season 6 of BiP, when they surprised ABC viewers with their split. “It hurts to announce that at this moment, we have mutually decided to separate,” the joint statement began. “Never did we imagine this scenario, but we’ve come to a point where we both need to work on ourselves. We are best friends that love and care for each other so deeply. We’ve appreciated everyone’s love and support so far throughout our journey and we just ask that you please respect our privacy as we navigate through this.”

However, the following month, Chris tweeted “I miss my wife” while tuning into The Bachelor. Now that Chris has been a bachelor for a few months, it looks like his mindset has shifted. He met Krystal on Season 5 of BiP, and they left the show engaged.