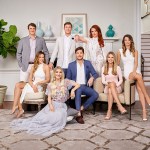 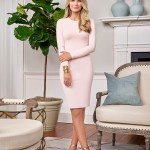 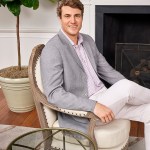 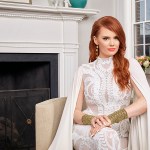 Thomas Ravenel is ready for the world to ‘meet’ his baby boy, whom the former ‘Southern Charm’ star welcomed with his ex-girlfriend Heather Mascoe. His son just turned five weeks old.

Fans swooned over the baby boy. “Oh he’s perfect! Congratulations to you and the mother,” one person wrote in Thomas’ mentions, and another fan tweeted, “He is absolutely adorable. He looks just like you. Congratulations Thomas.”

Thomas shared even more details about the arrival of his third child in a recent interview. “We’ve named him Jonathan Jackson Ravenel and he was born by c-section on June 29, 7 lbs., 4 oz. and 20¼ inches long,” Ravenel told Daily Mail in an interview published on July 13. Although Thomas confirmed that he and Jonathan’s mom, Heather, are just “really good friends,” he had nothing but kind words to say about his ex.

“We are both very happy. Heather is a phenomenal mom and they’re both doing well,” Thomas told the outlet. This is the Bravo’s first child with the registered nurse; he also shares his children Saint Julien, 4, and Kensie, 6, with his other ex Kathryn Dennis.

Explaining his other children’s reaction towards their new sibling, Thomas added, “It’s kind of difficult to explain to them, you know, ‘This is your half-brother – different mothers, same father.’ They were a little confused. In the end I just told them, ‘You’ll understand when you’re older!'”

Thomas left Southern Charm ahead of the Bravo show’s sixth season, after being arrested on charges for alleged assault and battery in the second degree, per records from Charleston Country Sheriff’s Office in Sept. 2018. He eventually pleaded guilty to third-degree assault and battery charges. Before that, Thomas had been accused of sexual assault by two separate women. Thomas also used to serve as South Carolina’s State Treasurer, but resigned in 2007 after he was indicted on federal cocaine distribution charges.