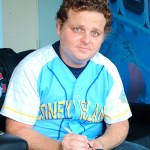 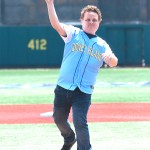 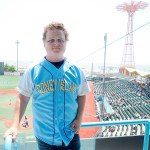 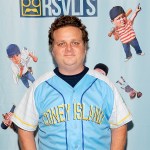 Even after 25 years, ‘The Sandlot’ remains one of the most beloved movies. HL spoke with star Patrick Renna about the big reunion that just went down, what he knows about ‘The Sandlot’ TV series, and more.

HollywoodLife talked EXCLUSIVELY with Patrick, a.k.a. Ham, about bringing the gang back together again for another reunion. The movie, which was released in 1993, has become timeless, with new generations watching the movie as their parents show it to them. For Patrick, The Sandlot’s amazing legacy is very “humbling.” He also discussed what he knows about The Sandlot Disney+ series, which first announced back in 2019.

How did this latest virtual reunion come about?
Patrick Renna: Well, I’ve been perusing the internet as we all are probably doing a lot more of these days, so I’ve been catching some of these fundraising reunions that I’ve seen on zoom like John Krasinski’s channel and Josh Gad’s channel. It kind of inspired me, and I reached out to the guys. We have a group chat now ever since the 25th anniversary a couple years ago. We stay in touch a little bit, and they all immediately loved the idea. Because it’s going on my channel, I thought I should make it fun and bring another host in. Two years ago, we were at Dodger Stadium and I met Justin Turner at one of his fundraising tournaments for the Justin Turner Foundation. I thought Justin was doing some really great work. So kind of putting it all together, I had Justin’s wife host and all the proceeds go to his charity, and all the guys are really into it. We had a nice group and then some special Major League Baseball player guests.

How did everything go with it being virtual? Because it’s a little bit different than being in person.
Patrick Renna: It’s definitely different. Leading up to it, we did some one-on-one interviews with myself and some of the guys through Zoom just to kind of get our feet wet and work through some of the challenges of the World Wide Web. We thought we were ready, but doing a Zoom with 15-20 people is next level. We definitely had our fair share of bloopers. Maybe we’ll throw a little blooper reel together like The Goonies one did.

It’s such a testament to the movie and the group of people involved in this movie that people are still finding this movie. What does it mean to you for people to still be such fans of the movie and younger audiences to be discovering the movie?
Patrick Renna: This is what it’s all about. It’s very humbling, and it’s an honor to be part of a movie like that. When you see the comments going on with the third generation now it’s pretty unbelievable. There’s not really a better word for when I meet a grandfather with his son and his son or daughter and they’ve all seen the movie. I look at the daughter and think she wasn’t even alive when The Matrix came out let alone The Sandlot. It’s pretty wild.

That must be such a surreal thing to have so many generations watching the movie, discovering the movie, and continuing the legacy of it.
Patrick Renna: It’s great because it obviously holds up well. With the Gen Z kids, when their parents show it to them, they love it. There’s not a lot of movies out there like that. I’m pretty honored to be part of it. I think the director, narrator, writer was kind of the triple threat on the movie. He really nailed it. He did everything and put something very special together.

You were obviously very young when this movie came out. When did you realize that this movie was so much bigger than just a movie?
Patrick Renna: It was all in stages. When it came out, it was definitely a success, but it wasn’t this worldwide phenomenon. I think today it would probably equal out to being a $100 million dollar movie, which is great but it’s not the billion dollars Star Wars is making. The first five years, it hit VHS and you started to see that people really liked this more. And then 10 years later it continued, and then whenever the DVD came out that whole wave went crazy. For me, it was the 20th anniversary. I started to go, “This is 20 years old and people want a little tour kind of thing.” And then really when the 25th hit, we just started traveling the country. When we were all at Angel Stadium together and seeing the fan reaction to all of us together. I just went, “Wow, this is pretty trippy.” So honestly, it was the 20th and 25th where I really started to see it.

I know he’s a little young, but has your son seen the movie yet?
Patrick Renna: I showed him once. He liked it for a few minutes and then quickly said put Moana back on. The Rock’s got me beat, you know?

Last year, a TV reboot was announced in the works for The Sandlot Is there any update on that?
Patrick Renna: I don’t think so. I actually just talked to the producer that was kind of pushing it forward. I think just along with everything else it’s just on hold with what we’re all dealing with as a planet. Once we get through this madness, I think they’ll probably start talking about it as well. There’s also a bit of a struggle just because everyone knows Fox owned the movie, but now Disney is taking over Fox. I think there’s just sort of some red paint to get through. I know that everyone’s still interested, maybe after the reunion they’ll think about it again. We all had a meeting on it — all the guys — and we were at a roundtable with the producers and some of the guys on Zoom. Basically, they were giving us some brief storylines. They were filling us in on the storyline a little bit and just seeing if we were interested and we all were, and I love the storyline. It’s us as adults with our kids. I think Ham has a daughter. With my line in the movie, it’s serendipitous I guess that I now have to raise a 13 year old. Get my comeuppance.

If this reboot does happen, it will have picked up about 30 years after the movie came out, is there anything you would want to explore with Ham?
Patrick Renna: Well, here’s what I love about it. Like you said, it’s 30 years later. So I think the movie took place in 1962. You could even make it 27 years later. So it’s the late ’80s, which is such a great time to film something. Just look at Stranger Things and all the fun that you could have with a TV show set in the late ’80s. I think that’s pretty exciting. If you rewatch the movie at the end, the director narrates exactly what happens to everyone. Ham becomes a wrestler, so I think I’m probably a washed up wrestler by the time this TV show comes out. I think that would just be fun and get some flashbacks of me.

You guys are all still so close after all these years. What has that bond meant to you?
Patrick Renna: Well, it’s very great because we fell out of touch a little bit for a few years. And then these reunions brought us all back together. So since the 20th and 25th, we really have been more in touch. We see each other a lot. It’s meant a lot. One of the reasons I think the movie has done so well is because I think that our friendship carried through onto the screen. We really were best friends that summer. Just falling right back into it with one another and seeing how good we all get along, it just reminded me of some of the magic that was behind the scenes 27 years ago.

Is there any moment behind the scenes that really sticks out to you?
Patrick Renna: We stayed in these condominiums together, and there was a nice pool there. All of us will talk about it. It was like our pool, but unfortunately without a real life Wendy Peffercorn. Every day we would go back to our condominiums and swim. There was a little rec room and we played pool. We’d go see movies and hang out. shopping. In the ’90s it wasn’t as crazy as it is now to let your kid go off on your own, but the nine of us would just go to the mall and have a good time. I think that off the set condo experience is what I remember the most.