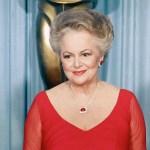 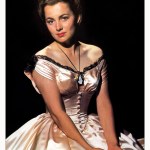 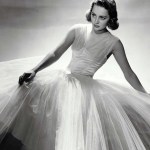 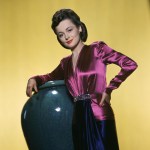 Olivia de Havilland, a Hollywood icon who starred in iconic films including ‘Gone With The Wind’, has died at the age of 104.

Olivia de Havilland, 104, sadly passed in her home in Paris, France from natural causes per her publicist Lisa Goldberg. The Hollywood film legend broke barriers with her acting abilities, beauty and determined attitude to fight for fair play within the entertainment industry. From her larger-than-life personality on the silver screen, to her real-life driven persona, Olivia was a shining Academy Award winning actress with an even brighter smile.

Olivia rose to fame with her performance in Captain Blood, where she appeared alongside Errol Flynn, her on-screen love interest. The movie star later admitted in the past to actually falling in love with him. Not long after, she went on to become known for her breakout roles in the 1938 film, The Adventures of Robin Hood and Gone With the Wind (1939). She earned her first Oscar nomination for Gone With The Wind in the Supporting Actress category but lost that year to Hattie McDaniel. Olivia later won not one but two Oscars for To Each His Own and The Heiress.

To this day, Olivia’s 1943 case against Warner Bros., where she sued the studio after they tried to extend her seven-year contract, is still talked about. The actress’s case was a success, making it a staple in entertainment law to this day.

The film icon married twice in her lifetime, but subsequently divorced both times. But, out of her two marriages — came two children. Her first marriage was to Marcus Goodrich, a Navy veteran, journalist and author, with whom she had one child with named Benjamin Goodrich. Sadly, Benjamin passed at age 41 after health complications from Hodgkins lymphoma resulted in heart disease. Her second marriage was to executive editor of the French journal, Paris Match, Pierre Galante. The two shared a daughter together, Gisèle Galant.

Olivia’s only sister was former and fellow Academy Award winning actress, Joan Fontaine. The sisters were notoriously known to have a troubled relationship throughout their careers and personal lives.

Our thoughts remain with Olivia’s family, friends, and fans during this difficult time.