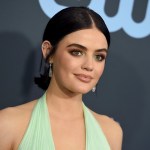 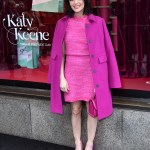 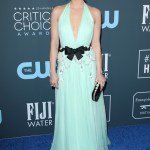 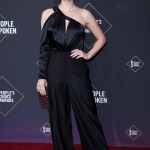 Lucy Hale was recently snapped on a hiking date with former Bachelor Colton Underwood — and a source revealed she’s had a crush on him for a while.

Pretty Little Liars star Lucy Hale, 31, and former Bachelor lead Colton Underwood, 28, have been spotted hanging out in California amid easing coronavirus restrictions. However, the brunette beauty isn’t planning on rushing into a relationship. A source close to the actress told HollywoodLife exclusively that she was enjoying single life. “Lucy is in no rush for a relationship with anybody at this point and actually really enjoys being single,” the insider dished. “But at the same time, she doesn’t see anything wrong with spending time with Colton and really enjoys his company so if it leads to something more, than that’s fine, too.

The source added, “She gets along with him and they have a nice time together, plus she has a bit of downtime from her typically busy schedule so they’ve been getting to know each other, plain and simple.” A second insider told HL that the PLL star has actually had a crush on Colton for a while. “Lucy has had a thing for Colton for long time and she isn’t afraid to shoot her shot now that he is a free man,” they told us.
“She wants to see if he is all he has been made to be in her mind and wants to give her feelings a shot. It is so in its infancy of becoming anything that it should be interesting on how everything works itself out.” The pair were spotted on a casual hiking date in LA on July 15, just seven weeks after the reality dating show star split from contestant Cassie Randolph, 25.
Prior to this new romance with Lucy, Colton dated Cassie for over a year. They met during his season of The Bachelor in 2019. And while she left Season 23 early, he ended his relationships with finalists Hannah Godwin and Tayshia Adams to win Cassie back. Fortunately for him, she decided to give their relationship another shot. But they later announced their split on May 29, 2020.