You’re about to fall in love with Your Grandparents because Your Grandparents are the coolest. Your Grandparents can be sexy, they can be funky, and they can be smooth. In fact, Your Grandparents have found the sweet spot between the classic sound of 1970s soul and modern hip-hop. This group – vocalists DaCosta and Jean Carter and producer ghettoblasterman – are virtuosos when it comes to melding the past with the present. That unrivaled talent is at the heart of their new song, “So Damn Fly.”

Like the title implies, “So Damn Fly” is precisely that. It is a celebration of soul music, of classic R&B, and mainly, the beauty of Blackness. It’s not a pastiche of the 1970s, but an authentic, modern tribute to the sound and culture that paved the way for hip-hop, R&B, and everything that could be qualified as ‘fly.’ Those who pick up a Curtis Mayfield vibe on the track aren’t that far off since the band tells HollywoodLife EXCLUSIVELY that they were listening to the original score to 1973’s Super Fly when inspiration hit.

The LA group released Been Cold in 2019, and their fusion of classic sounds have drawn comparisons to OutKast, A Tribe Called Quest and The Fugees. The band spoke with HollywoodLife through email about “So Damn Fly,” about what fans can expect on the upcoming debut album, and who they’d think would win if OutKast went up against ATCQ. 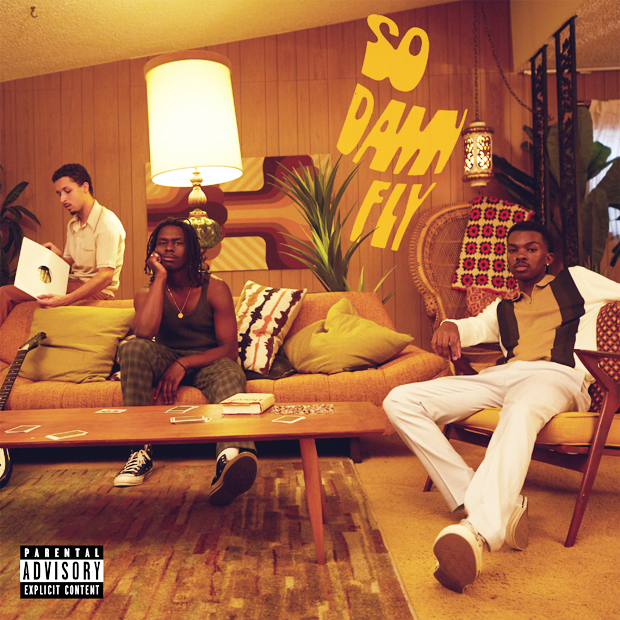 HollywoodLife: “So Damn Fly” sums up the sound of this song. It’s pure 100% coolness. What was the inspiration behind this song’s production? Did you just want to make a track that embodied the idea of “fly”?

Your Grandparents: When we were working on the song, I remember us all being in a big 70’s soul era and listening to Curtis Mayfield’s score on the original Super Fly movie. I feel like “So Damn Fly” was us embodying and paying homage to that era.

Whose idea was it to include the sitar? Have there been any clashes over instruments – like, did things get heated over putting a marimba on a song?

Not really, there aren’t too many disagreements over instrumentation; we all have a very similar but diverse taste in music, so whatever happens usually just happens.

You’re about to release your debut album. Do you see this as the natural continuation of your breakout EP, or has your sound shifted a bit since Been Cold?

The sound has definitely shifted a good deal, but what we’ve kept is the fluidity between different sounds and genres.

You’ve said that you’re “somewhere in the realm of A Tribe Called Quest or OutKast.” So, the question is – who wins in a Verzuz? Follow-up – if you could work on a member from one of those groups, who would you pick?

That’s a loaded question! Haha, Tribe lasted longer, and OutKast had more hits but wasn’t nobody doing what they was doing when they was doing it, so we’re gonna have to say Outkast.