Looking back at the first half of 2020, it appears as if someone put a curse on the whole year. However, Wesley Dean isn’t letting all the stress of COVID-19, global warming, and political chaos make him forget that – ultimately – it’s great to be alive. The Australian Idol winner captures this appreciation of the “beautiful mystery” of life and love in his new video for “Magik.” In the visual, premiering here on HollywoodLife, Wesley doesn’t need any elaborate special effects or CGI to get the point across. With his six-string slung over his shoulder, and his band by his side, he delivers a southern-fried pop ballad that should put a smile on your face this summer.

You don’t need any spells or Ouija board to figure out the meaning behind this song. Wesley tells HollywoodLife that this track is a “simple love song about the importance of that Magik chemical reaction that dances between us all when we interact with each other. It makes the world go round.” He adds, “‘Magik’ is a celebration of the human spirit. The odds of a human being born is something like four trillion to one. It’s Magik that we even exist.” 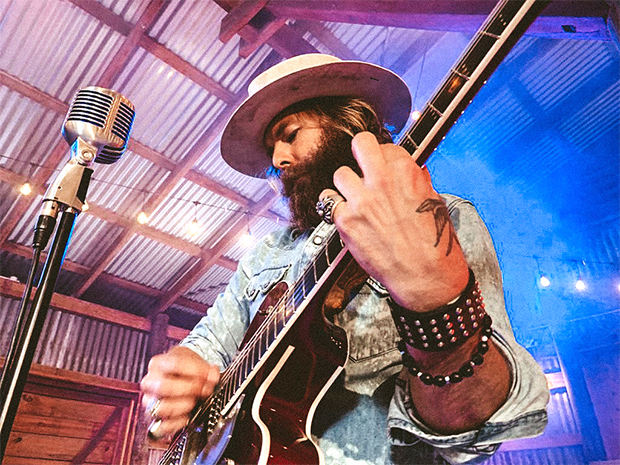 Though “Magik” may skew a bit towards the pop side of the music spectrum, the track still has that nitty-gritty, country rock and roll edge that has endeared him to fans for years. Also known for recording under the names Wes Carr and Buffalo Tales, Wesley’s career skyrocketed when he won season 6 of Australian Idol in 2008. He showcased his love for rock (and his wide range of musical influences) in his path to the crown, performing songs from The Killers, Faith No More, U2, Foo Fighters, The 4 Tops, and Australia’s own The Living End during his time on Idol.

Since winning Idol, the Adelaide-native has earned a Gold-certified hit (“You”), and his second album, The Way the World Looks, would also go on to be certified Gold by the Australian Recording Industry Association. His blend of authentic rustic rock and heartland roots music was showcased on his follow-up albums, 2013’s Roadtrip Confessions and 2018’s Australiana. Earlier this year, he released a pair of songs – “Are You Gonna Save My World” and “This Thing Called Life” – and he plans to continue releasing songs for the rest of the year. Now, that should bring a bit of “sweet magik” to your 2020.