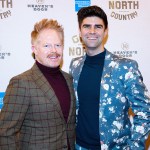 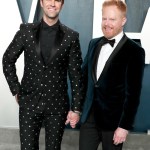 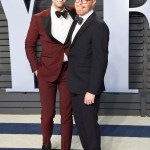 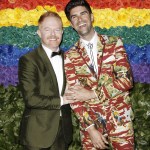 Jesse Tyler Ferguson is a dad! The ‘Modern Family’ actor and husband Justin Mikita welcomed their first child together, a rep for the actor confirms to HollywoodLife!

Family of 3! Jesse Tyler Ferguson and Justin Mikita are basking in baby bliss after the birth of their first child. A representative for the Modern Family actor confirmed the birth to HollywoodLife on July 9. “Jesse and Justin welcomed their little bundle of joy Beckett Mercer Ferguson-Mikita on July 7, 2020,” Jesse’s rep told People on Thursday. “The new parents are overjoyed and excited for this new journey as a family of three.” The couple did not reveal the sex of their baby.

Jesse, 44, announced that he and Justin, 34, a lawyer, were expecting during an appearance on The Late Late Show in January. “This is something I haven’t even mentioned to anyone, if we could just keep it between the three of us and you all, but I’m actually expecting a baby in July with my husband,” he told host James Corden and fellow guest, Charlie Hunnam at the time.

In February, Jesse and Justin celebrated their then-unborn child with a poolside baby shower that featured a performance by the Aquawillies — a male group of synchronized swimmers. The actor’s Modern Family co-stars, Sarah Hyland and Sofia Vergara were on hand to celebrate, along with RHOBH star Lisa Rinna, hairstylist to the stars Jen Atkin and Australian singer/songwriter Betty Who (real name: Jessica Anne Newham).

The new parents have a lot to celebrate, as this month marks their seventh wedding anniversary. Jesse and Justin said “I do” in July 2013 in front of playwright Tony Kushner, who officiated the downtown New York City ceremony. After two years together, they became engaged in 2012 during a romantic vacation to Mexico. Congratulations to the happy couple!