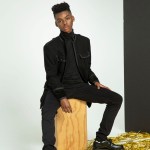 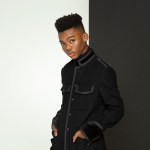 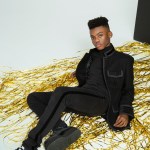 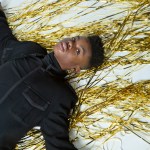 Meek Mill makes his acting debut in the Sundance fave ‘Charm City Kings.’ HL spoke with Jahi Winston about working with the rapper, how the film brings ‘light’ to a ‘marginalized and vilified city,’ and more.

Charm City Kings follows Mouse, played by Jahi Winston, a young man who desperately wants to join The Midnight Clique, an infamous group of Baltimore dirt bike riders who rule the streets in the summer. Midnight’s leader, Blax (Meek Mill), takes 14-year-old Mouse under his wing, but Mouse soon finds himself torn between the straight-and-narrow and a future filled with fast money and violence. The film won the U.S. Dramatic Special Jury Prize for Ensemble Acting at the 2020 Sundance Film Festival.

The film is set to be released on HBO Max later in 2020. HollywoodLife spoke EXCLUSIVELY with Jahi during the BET Awards junket about why he was drawn to the role of Mouse, Meek’s acting skills, and more. Jahi said that Charm City Kings is going to be a “great launching pad” for Meek’s acting career. The young actor also revealed his goals for 2021, which includes producing his own work.

What stood out about the character of Mouse in Charm City Kings that made you want to be a part of the film?
Jahi Winston: I saw a lot of familiarity and commonality with his language and the vernacular in which he spoke. It reminded me a lot of my strong-willed but equally naive family members and even parts of myself that I really saw in him. Just the overall environment in which he existed in was really appealing to me. To sort of bring light and a lot of humanization to a very marginalized and vilified city was overall… further down the line realizing that was the opportunity at hand to bring a different perspective to this often times very misinterpreted and under-represented environment was really the most appealing and attractive thing about the story in general.

What was it like working with Meek Mill?
Jahi Winston: I am really excited for people to see Meek in the film because I think he is going to impress a lot of people. The elements and topics we are sort of exploring in this specific story are really close to him and really close to his real life. I think it is a good representation of the bike culture and what that is and him being such a huge part of it I think is going to be someone to really cool for people to see. For him to show his natural abilities as an actor are going to be cool, too. I know he wants to continue to act, so I think it is going to be a great launching pad for his career. I sort of equate it to seeing Ice Cube in Boyz n the Hood. I think that’s going to be the immediate connection that people make just because the story is so close to his real life, and also just because he brings a really vital element of authenticity to the story as a whole. It was really awesome to work with him.

You are a singer as well. Did you and Meek talk about collaborating? Would you want to?
Jahi Winston: For sure! I love Meek, and I love Meek’s music. I listen to his music all the time. If he is up to it, then I am up to it. Why not?

Since you choose your roles so wisely, where would you like to see yourself in 2021?
Jahi Winston: I would say, hopefully, the world is back open again. I would like to see that. But I would also, for the likes of my career, I would like to produce my own work. Next year is the year that I believe will be the year that I will be in production with something that is mine. The projects that I am working on are great but they are not mine. I lend myself to them, so I am really interested in lending myself to my own work and controlling the narrative and being the victor of my own stories. I am in production of something I have created and birthed and conceived. Next year all of that is the goal.

Did you have to learn how to use a dirt bike for the role? If so, what was that process like?
Jahi Winston: I did it, but there is a lot of movie magic as far as that is concerned. I didn’t know and still don’t know, but I had the best seat in the house to watch the riders. It is really, and I say this in all seriousness, watching these kids in the neighborhood ride their bikes and these dope bikes, it’s an art. They are like ballerinas or a classical musician at Carnegie Hall. It is incredible to watch the kinds of things that they can do. These neighborhoods and these marginalized and often vilified communities hold and house the human beings with the greatest potential and natural instinct for genius. It was really great to have a front-row seat to that, and it was so evident on the shoot and while we were shooting there. They are so unabashedly themselves and unabashedly comfortable in their God-given abilities, so it was incredible to watch that and be a part of bringing that culture and story to the forefront.