“I work hard for everything I make / that’s why you be eating ramen, I be eating steak,” boasts Börni on her new track, “New Heights,” and this hustle is captured in her new video. She starts off playing N64 (and a Game Boy Color – old school!), but before you know it, she’s got a PS4, expensive threads, and everyone trying to ride her ‘wave’ of success. The playful video is all about that “don’t dream it, be it” life. At one point, Börni even performs on a set covered in the song’s lyrics, like a giant mood board detailing her reaching those aforementioned heights.

“We wanted the ‘New Heights’ music video to be fun and not so serious,” Börni tells HollywoodLife, “as well as reflect my idea of how some of the lyrics would play out visually.” The video certainly does that, presenting a colorful collection of scenes to drive the point home. Plus, if it looks like she was having a blast filming this visual, she was. “I had so much fun making this video, and I hope everyone likes it as much as I do!” 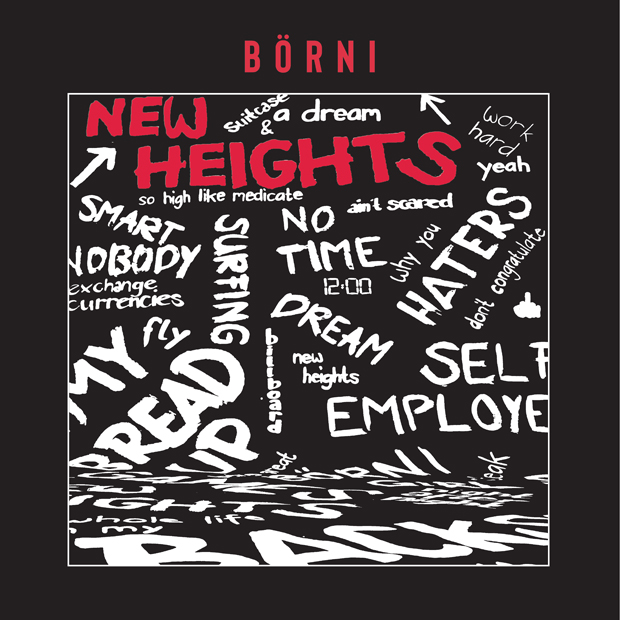 “New Heights” represents a new sonic direction for Börni, who has been at this music game for a while. The Zürich, Switzerland-native discovered her passion for music at a young age, and early brushes with fame included performing at the Zürich Opera House at just six-years-old, and singing backup for Celine Dion during a concert for 50,000 people. In 2007, she competed on the Swiss television singing competition, Musicstar, which led her to sign a deal with Sony Music. The deal resulted in two albums – Fighter and Plan B – the first of which appeared in the Swiss music charts’ Top 10.

A trip to New York City would inspire Börni to create an American brand and alter-ego. Enter Vava Voom. Under this moniker, she would work with supergroup The Aristocrats and record “Supersonic” with Sean Kingston, as well as a handful of other songs that would get airplay in the US and Europe. Eventually, Börni knew she needed to blend her new American lifestyle with her Swiss roots. Thus, she re-emerged under her Börni name and released this new power anthem. “New Heights” just isn’t a declaration of how she’ll never stop working hard to achieve her dreams. It’s also a bold way to announce the arrival of the new Borni, a fearless, unapologetic singer ready to take the world by storm.