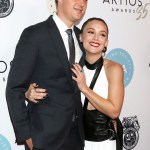 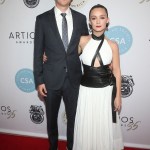 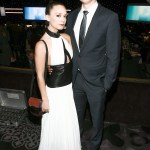 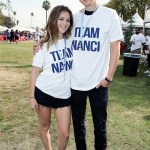 Somewhere, Carrie Fisher is looking down and smiling. Billie Lourd — the ‘Booksmart’ actress and daughter of the late ‘Star Wars’ icon — is getting married to her longtime boyfriend Austen Rydell!

Billie Lourd is engaged! “She said YES!! (Actually, she said ‘Duhhhh’),” Austen Rydell, 28, captioned the June 25 Instagram post announcing his engagement to Billie, 27. “But I guess that’s even better than yes?!?” he added. With the announcement, Austen shared a slideshow of pics taken from his romance with the daughter of the late Carrie Fisher. It was a romantic trip down memory lane, with pics of them packing on the PDA at an outdoor festival, having a picnic in a park, taking a walk near some train tracks (while wearing facemasks), vacationing on a tropical island, and — finally — having a private, romantic kiss.

This engagement was a long time in the making. Austen and Billie dated for a time when they were younger. After a few years apart, they reconnected in October 2017, right after she and Taylor Lautner called it quits. From there, it just worked. He was seen accompanying Billie on a family trip to Norway on the first anniversary of the death of her mother, Carrie Fisher, and since then, he’s been her rock. In February 2020, he penned a sweet tribute to her in honor of Valentine’s Day. “I found the best girl in the world. Happy Valentines Day to us!! We’re hangin with the redwoods today,” he captioned a shot of them together.

Billie — who told HollywoodLife EXCLUSIVELY that she and Austen were going to celebrate Valentine’s Day by “going on a road trip, just keeping it classy” — also took a moment to celebrate her love online. She posted a series of photos of her with Austen. “All ’round the world you make my world go ’round,” she captioned the gallery.

Before this official engagement, Austen and Billie had a bit of a “marriage scare.” In November 2019, she uploaded a picture of her and Austen at Disneyland. “TFW its #way2damnearly4holidaypics, but you love twinkly lights/matching plaid / @disneyland so much that you can’t resist #sorryimsorry,” she captioned the shot. Fans were less concerned with the plaid jackets and more with the white bow in her hair. It looked like a wedding veil, prompting many to ask, “did she get married?” Obviously, they did not, but now, they can have their “happily ever after” for real this time. Congratulations!