Depending on which generation you were born in, Shaquille O’Neal and Kobe Bryant were the best and most unstoppable NBA on-court duo. In 1996, when Shaq left the Orlando Magic for the Lakers, to join a then teenage Kobe Bryant in LA, a league-altering alliance formed. They went on to win multiple consecutive championships together, on top of delivering countless historic moments.

On January 26, 2020, Kobe died in a tragic helicopter crash in California. His 13-year-old daughter, Gianna “Gigi” Bryant also perished in the crash, along with 7 others. A public memorial was held for Kobe on February 24 at Staples Center, where he spent his 20-year career with the Lakers. Shaq, 48, spoke about their unique friendship and memories in a tearful speech. Four months later at the 2020 ESPYS on June 21, Snoop Dogg honored Kobe in an emotional performance — along with ESPN, which aired a touching video of his career highlights. Following the annual show, HollywoodLife spoke with Shaq, who said he watched the heartfelt tribute.

“I miss young fella, that’s what I used to call him. But, those memories will always be there, our names will always be attached to one another,” he said in an exclusive interview, in which he also discussed a new Krispy Kreme partnership. “Kobe was stolen from us too early,” he said. 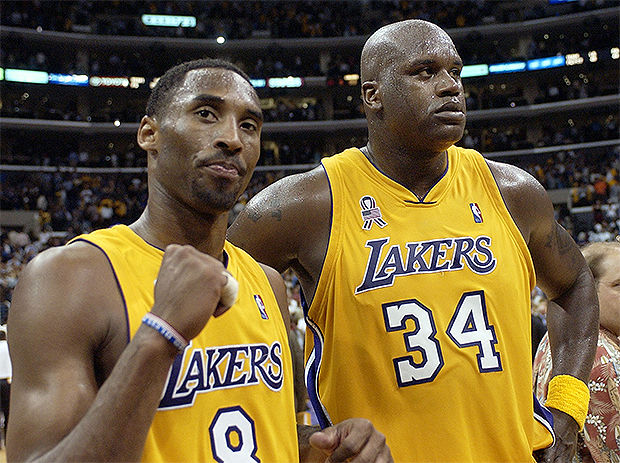 Shaq and Kobe spent eight seasons together in Los Angeles from 1996-2004. During that time, the dynamic duo led the Lakers to four NBA Finals appearances and three straight NBA titles from 2000-2002.

When HollywoodLife spoke with Shaq, it also happened to be just a few days after the anniversary of his and Kobe’s first championship win together. On June 19, 2000, a 27-year-old Shaq and 21-year-old Kobe ended a 12-year title drought for the Lakers — having led the team to a 116-111 comeback win against the Indiana Pacers in Game 6 of the NBA Finals. Shaq remembered that night like it was yesterday.

“I actually woke up that morning [the anniversary, June 19, 2020] and the great Andy Bernstein, who took a couple pictures of us at the parade [following the Lakers 2000 championship], sent me the photos. Those are good memories,” he remembered. 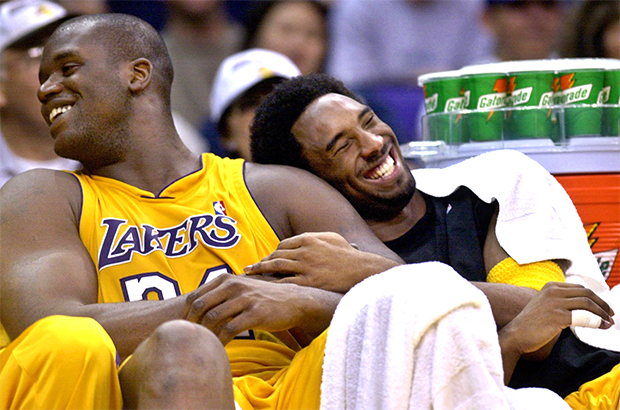 We also caught up with Shaq at an exciting time in his business life. As a Krispy Kreme franchise owner (dubbed the “Krispy Kreme King”), he was proud to announce the company recently teamed up with Walmart to roll out a new assortment of consumer packaged goodies. Krispy Kreme has packaged its doughnuts into “bite-size” form for Americans nationwide, which will be available in all Walmart locations across the U.S. and Walmart online grocery by July.

Big news! @KrispyKreme is launching nationwide at @Walmart. To celebrate, we’re throwing a Facebook Live party this Wednesday at 7 p.m. ET. Head over to @KrispyKreme’s Facebook page to see how you can join me! #BiteSizedGlory

“Usually, you have to go to a franchise store, or some gas stations to get Krispy Kreme, if they even have them. But now, you can go to Walmart [this July],” Shaq, who is a franchisee in Atlanta, Georgia, said. He also noted that he sometimes shows up to the TNT studios with a fresh box of “OG Glazed” for his Inside The NBA “partner” and a legend of the game, Charles Barkley. “It’s a great collaboration and Krispy Kreme always does a great job of reinventing themselves,” Shaq continued, adding, “Of course, they’ll always be known for the OG Glazed donuts, but these right here are amazing!”